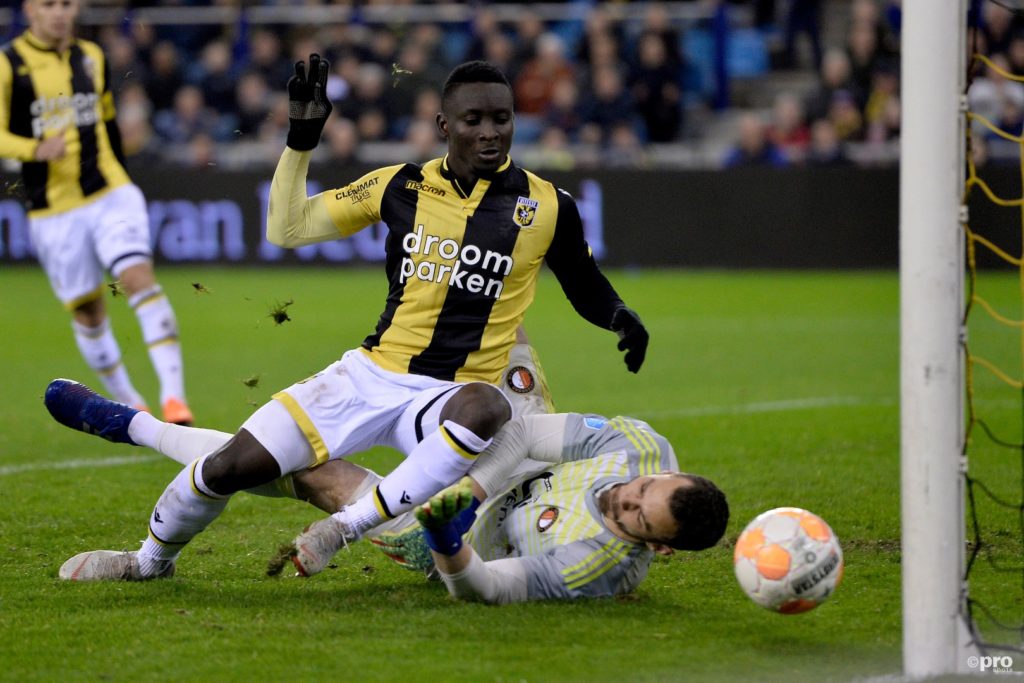 Ghanaian youngster Dauda Mohammed scored to snatch a vital point for Vitesse Arnhem in their 1-1  stalemate with Feyenoord in the Dutch Eredivisie on Sunday.

Dauda, who lasted just 33 minutes last week during their 4-1 win over NAC Breda, recovered from an injury to rescue a point for his side. He suffered a concussion after a heavy fall and was placed with Thomas Buitinik.

The 21-year-old wanted to continue playing, however, coach Leonid Slutsky did not take a risk with him.

He was named in the starting XI against Feyenoord after being cleared by the medical team.

The highly-rated youngster repaid the faith shown in him coach Slutky as he bagged the equalizer in the 47th minute after Orkun Kokcu had given the visitors the initiative on the stroke of half time.

The Ghanaian forward was replaced in the 62nd minute of the game.

Since joining the club on loan from Belgian giants RSC Anderlecht in the winter transfer window, he has scored two goals so far.