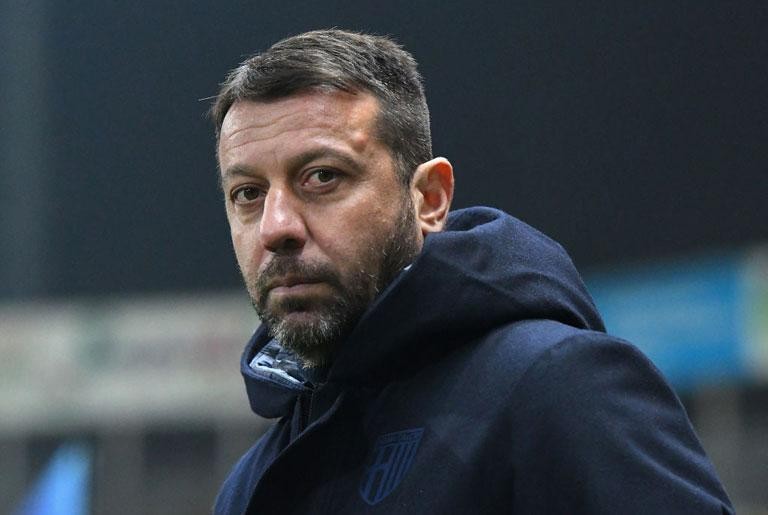 The Crociati coach Roberto D’Aversa met with journalists in the press room at the Collecchio Training Centre to talk about tomorrow’s match in the Round of 16 in the Coppa Italia between Parma and Roma, which will take place at 21:15 CET at the Tardini. Here is what he had to say:

“Gervinho was scheduled to play 15 or 20 minutes at most on Monday evening, and then we planned to bring him back for the Juventus game on Sunday; it’s a question of necessary measures because he’s coming back from an injury. Grassi isn’t in the squad, but the rest are all available. Clearly there will be those who can’t play three games in a week so my final selection will also be made on the basis of that, considering that there is still a desire to progress even though we have a strong team like Roma in our way. But our desire is to get through to the next round.”

“Roma are a team which prefers to play a lot, as we’ve already seen in the league; they have individuals with a lot of important qualities. We’ll need to do well with dealing with them both from the point of view of the team’s compactness and thinking about what merits there might be and where there might be flaws and faults. It’s one of those games where we have to try and put in our best possible performance and hope that the other side has some difficulties.”

“Since day one of the training camp the way the guys have been training has really pleased me, the match will reflect what we’ve done during the week. Yes it’s clear that results are linked to single moments, but I believe that we’ve done something important and we need to think, as always, about how we can improve where we’ve made mistakes. Therefore we start from an important base of satisfaction for what we’re doing, but there needs to be ambition from everybody to always to better.”

“Compared to the league game, what do I expect? There was a lot of talk about the fact that game came in a Europa League gameweek and that therefore they weren’t 100% fit, so some of the credit was taken away from my lads. I believe we played with determination and concentration, we gave little away to a strong team like Roma, but we also played with quality because if you put a strong team like Roma in trouble, that means you go out onto the pitch knowing what you have to do and that you do it in the best possible way with the highest level of quality. To try get a result we will need to try and repeat this, also from a physical and mental perspective we’ll come up against a different team.”

“A score out of ten for the first half of the season? I’d say the boys have done an eight or higher, especially considering all the difficulties and injuries we’ve had so far, but the credit goes to the boys and not the coach, because even the worst coach in the world can bring home results if he has good players at his disposal. Having said this, I’m most interested in coaching on the pitch, I’m paid to try and get results for who I work for, and that’s Parma Calcio.”

“From a mental point of view I think that Roma will be coming to try and get through the round, they’ve lost their last two home games and we’ll be up against a determined team who will be looking to progress. I’m sorry to hear about Zaniolo, he’s a very young lad and I’m sorry to hear about Demiral too. This must make us think well: injuries as serious as these are also accompanied by economic consequences; I don’t think that this year’s formula has been as good as last year’s, these injuries need to make teams and presidents think, losing players in this manner damages not only the team but the club too.”