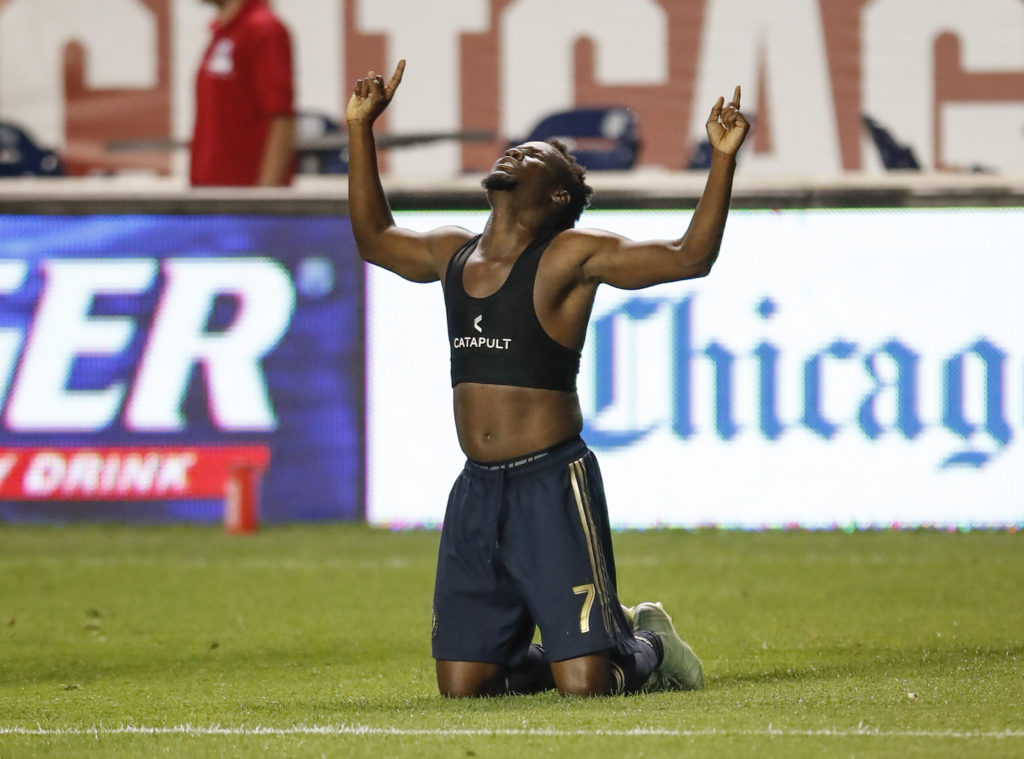 Ghana striker David Accam is excited after scoring for his club side Philadelphia Union in their Major League Soccer game against his former team Chicago Fire.

Accam scored the match winner in additional time to end the game 4-3.

The Ghanaian striker since moving to Philadelphia Union has been struggling to hit top form- played 16 games and had not scored a goal.

But after scoring his first goal yesterday, he was elated and noted how this will go a long way to help him.

"I think every last minute winner is amazing,' Accam said after the game. "Also my first goal for this season. For me I have worked hard and I think this goal will be ranked higher in my career," he added.

"For sure, I needed this goal to get going and for me I'm so happy I got this goal and it's even much better because it came in Chicago," he smile. "So may be, I'm used to scoring here that's why."

Meanwhile, with a place in the play off at stake, the pacy winger admitted the win was important to lift them up the table.

"It's huge for us because they are our direct rivals for the 6th or fifth position for play offs so for us that was what we were thinking in training to come here and get the tree points and we had it so we are above the Fire," he concluded.