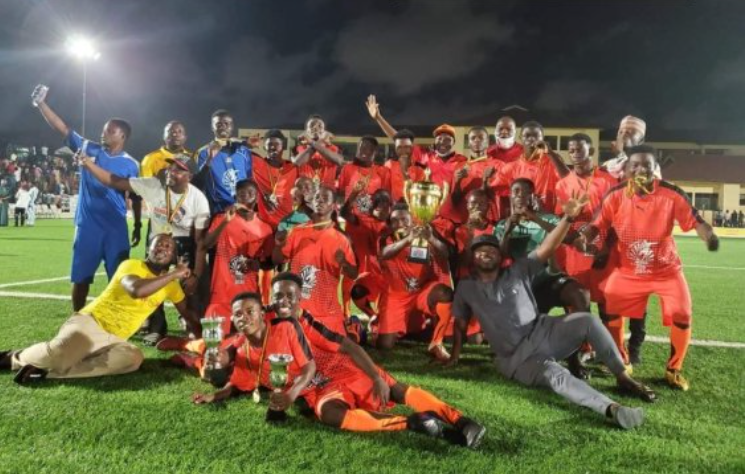 En route to the final, Kasoa defeated Tema Zongo, Dansoman’s Tunga, and Sukura, before setting a mouth watering semi-final clash with Ashaiman, where they won via the a penalty shootout to set a final clash with Hon Peter Amewu’s Hohoe Zongo.

The competition also witnessed Ghana’s first demonstration of the Video Assistant Technology (VAR) as deployed in advanced leagues across the world. The introduced VAR technology at the Fadama grounds eventually decided the final game as the referee consulted the technology twice.

The referee failed to spot a handball situation in favor of Kasoa, but handed them a penalty that eventually won them the trophy after reviewing the on-pitch screen.

With several decisions creating tension and controversies in the Ghana Premier League, Sports minister Mustapha Usuf who sat through the competition suggested the Ghana Football Association may have to follow the example of Ramadan cup organizers.

“I was shocked, I didn’t even know that there’s VAR here, but at least this is something that we can learn from – that even our Premier League should be able to introduce such technology, so that it will bring the unity and peace that we are all yearning for.

“Especially recent days where players and supporters have been attacking referees. If the VAR is there, it will solve those problems,” he added.

This year’s Ramadan Cup saw 24 teams from the Zongo communities compete for the honors.

Charles Appiah who plays with second division side Cheetah FC, was adjudged the player of the tournament after exhibiting his dazzling skill all through the competition.

Member of Parliament for the Okaikwei Central Constituency, Patrick Boamah praised the organizers for a brilliant job done.

“I’m happy New Fadama has been defined as the new sporting community in Ghana. We have a lot ßof sporting talents here, and the hosting of this tournament has also helped us unearth a lot of talent. The people are happy, we had a very peaceful tournament thanks to the organizers, sponsors – The National Chief Imam was here, the sports minister was here, former captain of the Black Stars Abedi Pele, Coach CK Akunnor and a host of other important personalities.

“Let me use this opportunity to congratulate the winners, the team from Kasoa for that sterling performance, especially the winner of the best player trophy – Charles Appiah. Such an exciting player. I wish him well and I wish the organizers well,” the MP said.

Dethroned Champions Fadama Eleven would hope to make amends next year but have a difficult battle based on the performances this year from the likes of Champions Kasoa, Hohoe Zongo and Ashaiman FC.