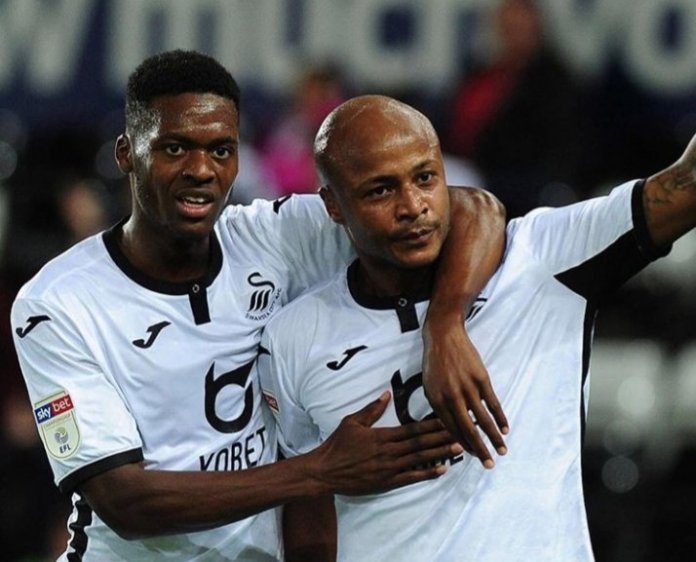 Ghanaian international, Andre Dede Ayew has extended his appreciation to Swansea City head coach Steve Cooper for opening up and giving him confidence after returning to the club.

The attacker joined his teammates recently after missing pre-season following his exploits with the Black Stars at the 2019 Africa Cup of Nations (AFCON) tournament.

Speaking to the club’s website after playing his first match of the season for the Swans, Ayew revealed that Steve Cooper has had a meeting with him and has given him a lot of confidence.

“I'm a Swansea player and I am working hard for the games that are coming up. The gaffer has been clear and honest with me and I want to thank him for that”.

“He's given me a lot of confidence and trust in the way that he speaks to me. I really feel like I'm welcome and that’s a good feeling”, the former Olympic Marseille man said.

Meanwhile, Dede Ayew has stressed that he is open to staying with the Championship side this season to help them fight for promotion into the English Premier League.