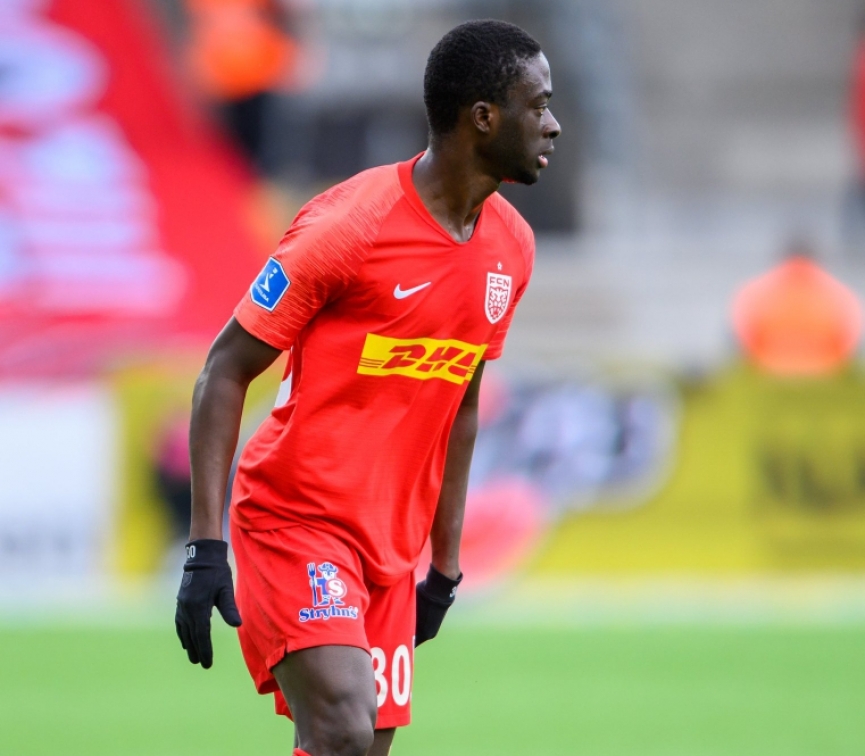 The promising centre back contract will expire on June 30, 2020, but has now been extended by a month but will be a free agent in July.

The Danish football braces itself to the resumption of the 2019-2020 campaign.

After two and half months of inactivity owing to the emergence of the novel coronavirus, football returns to the Scandinavian country as they join the Bundesliga and a host of other European leagues billed to return to action.

FC Nordsjaelland will face lowly placed Silkeborg at the JYSK Park on Friday as they seek to seal a top-six finish in this year’s campaign.

He mustered 19 league outings with three Man-of-the-match laurels and a goal [which came against Sonderjyske in a 2-1 comeback victory] to boot before the suspension of the league.

Abdul Mumin will now have the opportunity to finish the season with FC Nordjaelland amid a pool of clubs interested in luring the 21-year-old away from the Right to Dream Park.

French club Strasbourg and Belgian side Zulte Waregem made an offer for Suleman in January but he remained in Denmark because FC Nordsjaelland could not find a suitable replacement.

Celtic have also shown an interest in Suleman, who has impressed with his comfort on the ball despite his physically imposing 6ft 3ins frame.

The Ghanaian wants to join a club who can offer him significant first-team playing time in order to aid his development.

Gent, Mechelen, Brondby, Espanyol, Getafe and Nimes are among the clubs to have scouted Suleman extensively so far this season.

Suleman has scored one goal in his 20 appearances for FC Nordsjaelland.