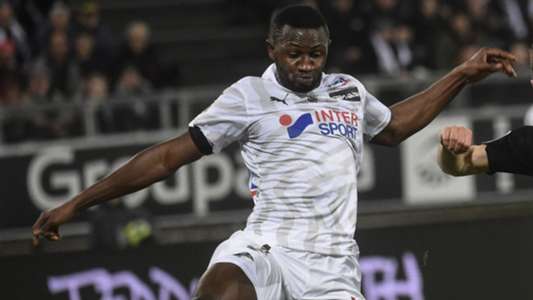 Ghana defender Nicholas Opoku is set to miss the game between his Amiens SC side and Paris FC this weekend as a result of a suspension.

The highly-rated centre-back featured for the French Ligue 2 outfit in mid-week when they triumphed over Dunkirk in the eighth round of the Coupe de France.

On the matchday, Nicholas Opoku picked up a yellow card, bringing his total in the last ten matches to three bookings.

As a result, he will need to serve a one-match ban before returning to action for Amiens SC.

Ahead of the weekend, the defender has now been ruled out of the crucial matchday 22 fixture of the French Ligue 2 season against Paris FC.

In his absence, his compatriot Emmanuel Lomotey is likely to slot in to executive the defensive duties for Amiens SC.