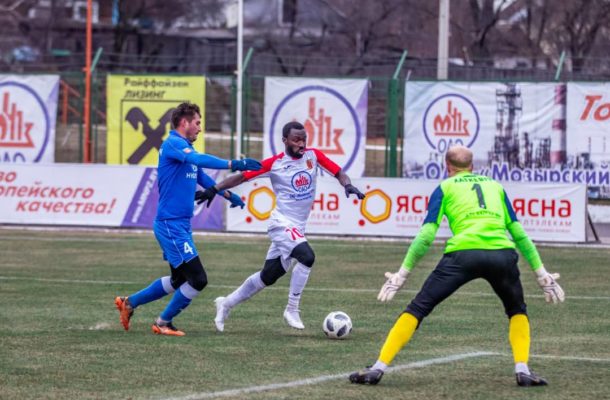 Ghanaian winger Dennis Tetteh found the net for Slavia Mozyr but it was not enough as they lost 4-2 to Isloch in the Belarusian Premier League.

The 23-year-old showed a keen eye for goal during the game and caused problems for the opposition defenders.

Isloch scored the first two goals of the game. Alexander Makas scored in the 17th and 39th minute to put the away side in the driving seat.

Slavia were looking for inspiration and Tetteh provided it with a calm finish just before the half time whistle.

The hosts leveled matters at the beginning of the second half. Malkevich scored the goal in the 51st minute.

They could not celebrate for long as Yanush scored a brace of his own in the 52nd and 73rd minutes to give the visitors all three points.

Slavia are currently 11th on the league log and Isloch are 7th.