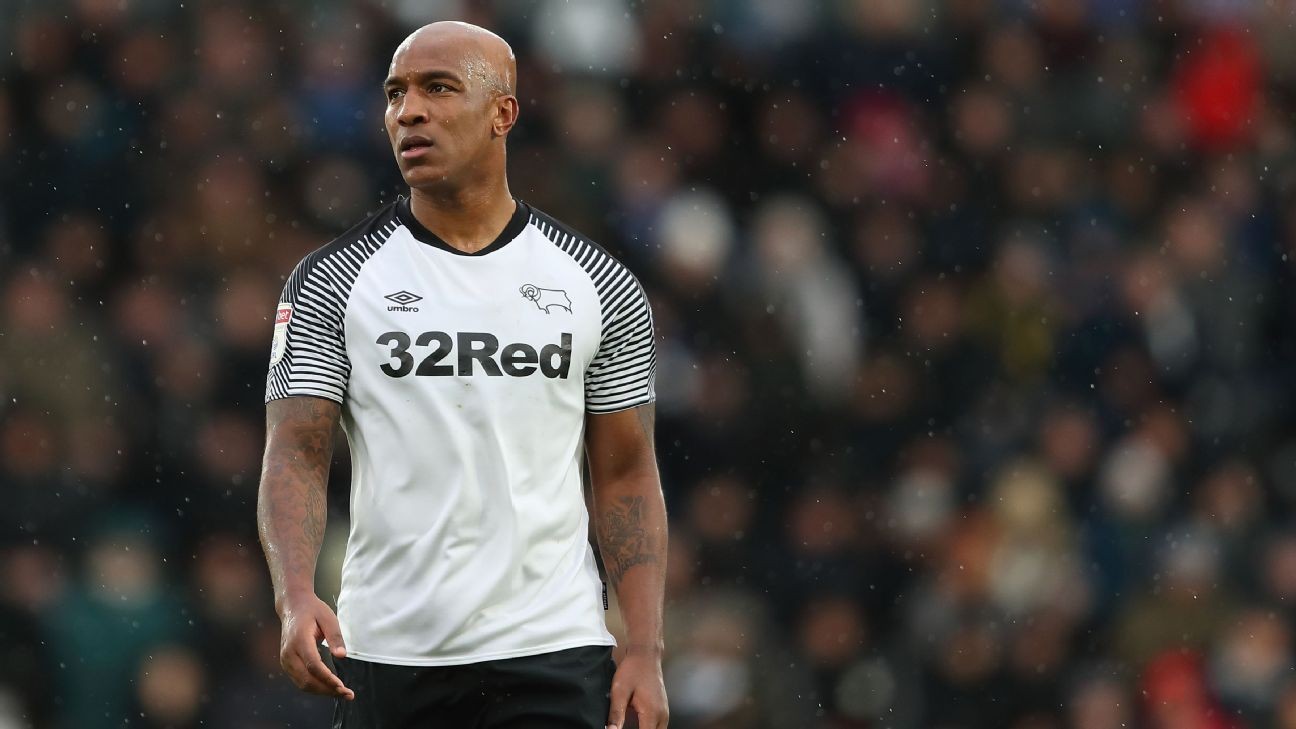 Derby County defender Andre Wisdom is currently in hospital after being stabbed during a robbery in Liverpool, the English second-tier club said on Monday.

"Andre Wisdom has been the victim of an unprovoked assault and robbery. He sustained injuries which resulted in him being admitted to hospital," said a statement from Derby, who are eighth in the Championship.

"The club will focus its efforts on supporting Andre and his family."

British media reports said the player was visiting relatives in the Toxteth area of Liverpool when the attack took place.

The 27-year-old had featured in his side's 2-1 victory over Reading on Saturday.

Wisdom came through Liverpool's academy and made 14 appearances for their first team.

He signed for Derby in 2017 after a series of loan spells at clubs including West Bromwich Albion, Norwich City and Austrian side Red Bull Salzburg.