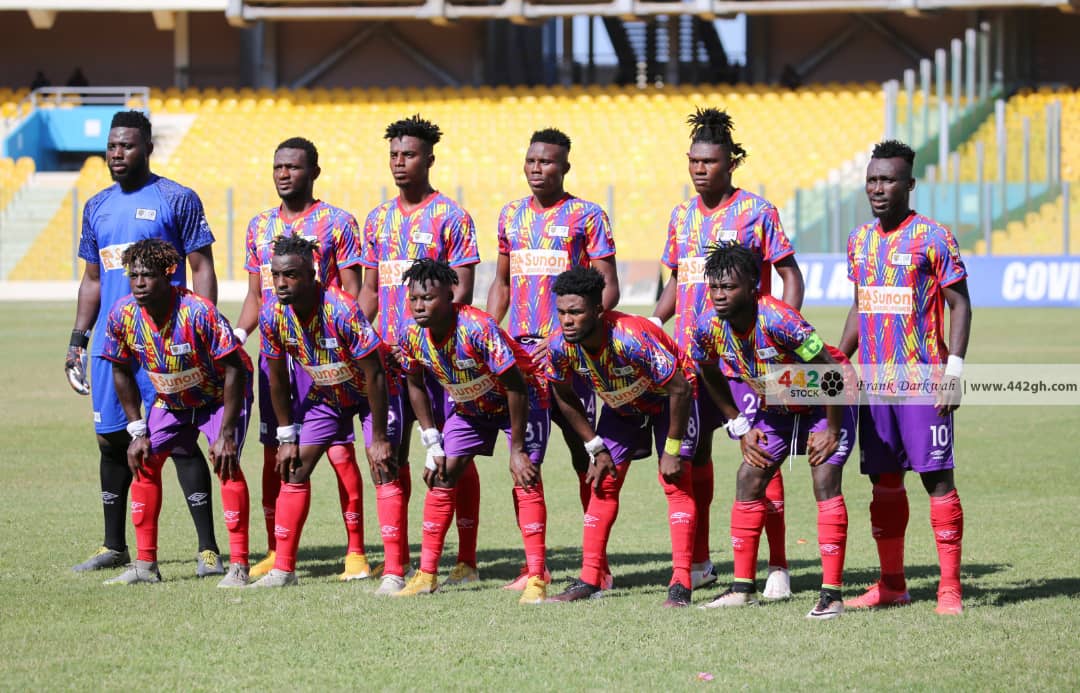 Accra Hearts of Oak will arrive in Ghana on Friday following their abysmal display in the CAF inter-club competition.

The reigning Ghana Premier League after winning a domestic treble under Samuel Boadu booked a place to represent the country in the CAF Champions League.

The Phobians recorded a 2-0 win over CI Kamsar in a one-off game at the Accra Sports Stadium.

In the first leg in Accra, Hearts of Oak recorded a 1-0 win against WAC. In the return encounter in Morocco, Samuel Boadu and his side were baptized 6-1 to end the tie 6-2 on aggregate.

Hearts of Oak dropped to the Confederations Cup after failing to make it to the group phase of the Champions League.

The Rainbow Club were paired with Algerian side, JS Saoura in the playoffs.

In the first leg, Hearts of Oak impressively recorded a resounding 2-0. However, in the return leg in Algiers, Hearts of Oak lost 4-0 to end the tie 4-2 on aggregates.

Following Hearts of Oak's failure to make it to the group phase of the Confederations Cup, the playing body and the technical team has come under pressure.

The team is, however, expected to arrive in the West African country on Friday afternoon.