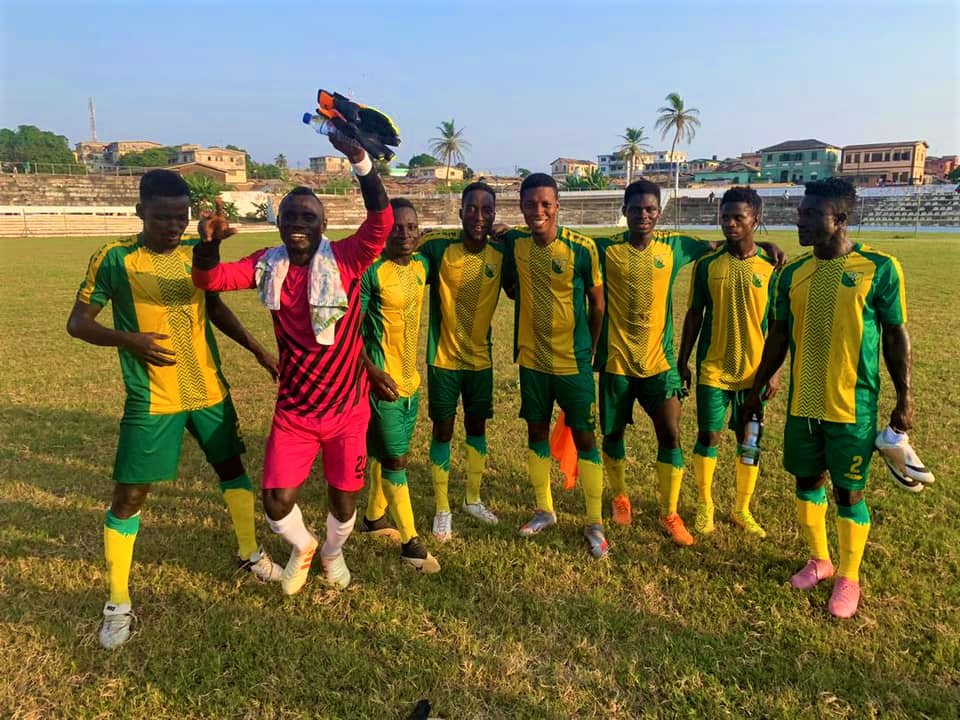 Skyy FC were big winners on the final day of the first round of the National Division One League as they trekked to Swadru to beat All Black Stars 4-2.

Ibrahim Saanie scored a brace for Skyy FC after Osman Mohammed and Emmanuel Eshun had given them the lead. Kusi Appiah and Ernest Ofori got on target for the home side, All Blacks.

Obed Asamoah scored the winner for Sekondi Hasaacas in a 1-0 win against Asokwa Deportivo at the Gyandu Park.

Leaders Gold Stars, dropped points on the road on Sunday as they were held 0-0 by Wassaman United FC. The Bibiani lads ended the first round as Zone Two leaders, bagging 34 points from 15 matches. Skyy FC sits in second place with 32 points while FC Samartex sits in third with 28 points. 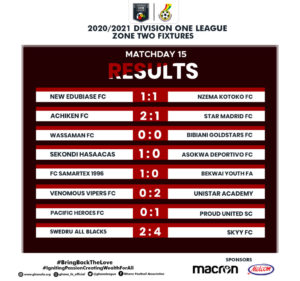