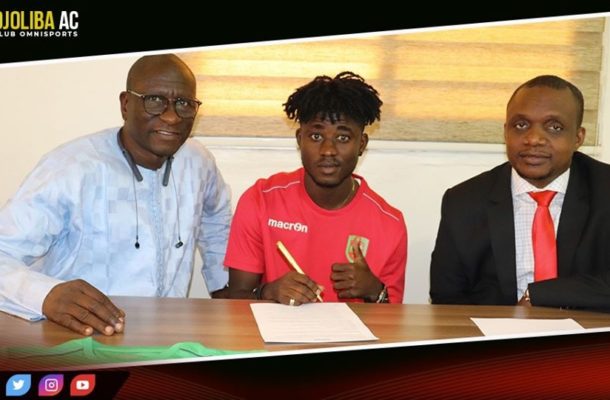 Acheampong penned a long-term deal with the club on Tuesday after passing his mandatory medical in Bamako and completing the formalities.

He had a successful loan spell at Togolese side Maranatha FC, however he has opted to continue his playing career in Mali.

The 22-year-old joined Maranatha from the Scientific Soccer Lads after the truncated 2017-18 Ghana Premier League campaign.

He made nine appearances for Liberty Professionals, scored one goal and provided three assists in the process.