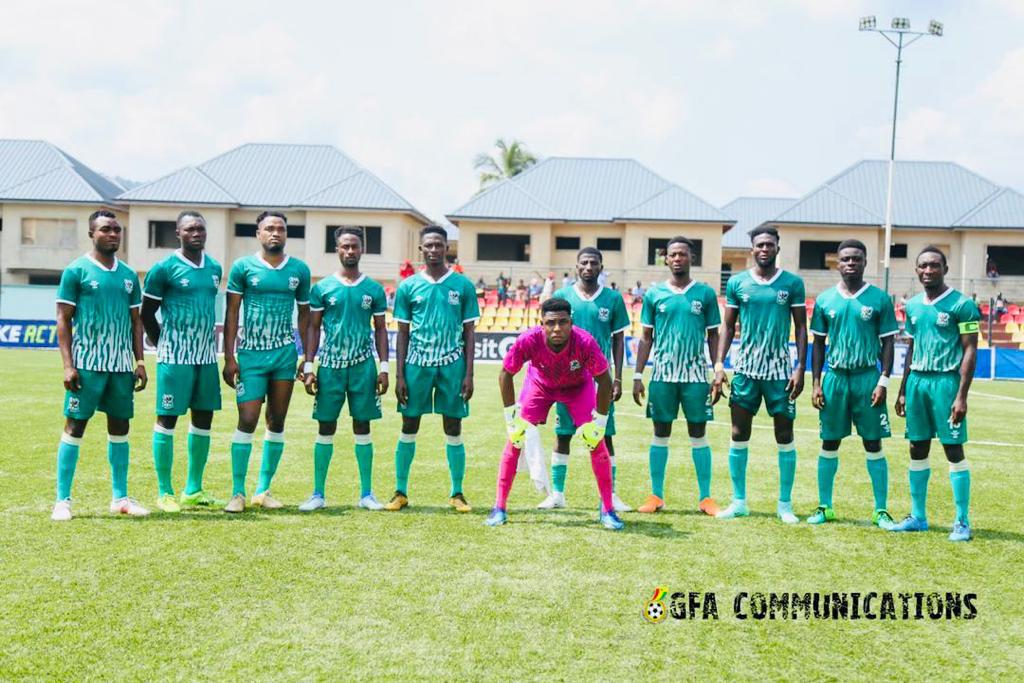 Two goals were produced on Match Day Two of the Division One League Super Cup at the Kyebi Presbyterian Astro Turf on Wednesday.

In what looked like a slim win for Young Apostles, Godwin Abusah netted in the 88th minute to cancel Kwame Aboagye’s 21st minute strike in a keenly contested affair at Kyebi. The two sides sold an entertaining match with some brilliant individual play on display.

Sunyani based Young Apostles took a first half lead after weaving their way into the half of Samartex before Aboagye buried the ball for the opener. Apostles kept control of proceedings until they conceded a late penalty that was beautifully buried by Abusah with only two minutes remaining. 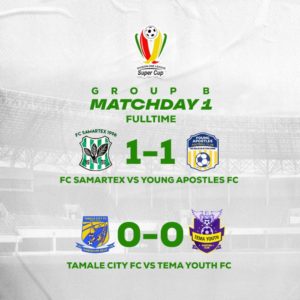