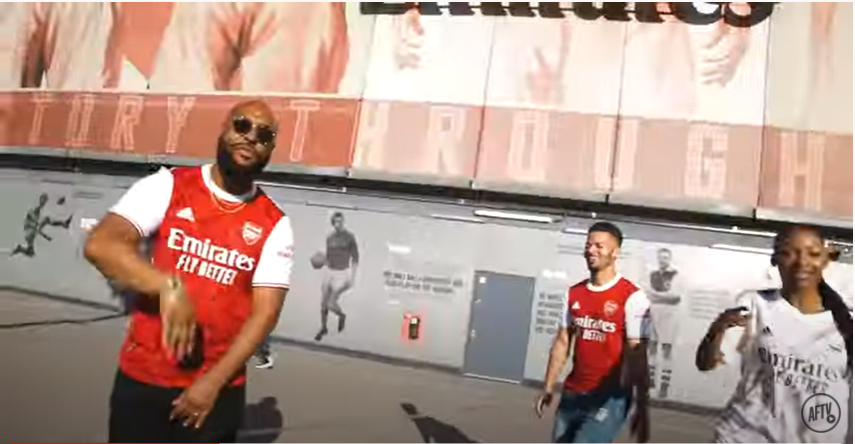 UK based artiste, Donae’O has released a video of the remix to his hit song, Party Hard, dedicated to Thomas Partey.

Arsenal pulled off the biggest transfer on deadline day, bringing in Partey from Atletico Madrid for £45 million.

Donae’O, who is an Arsenal fan, promised to release a remix to his 2009 hit if Arsenal signed the Ghana international.

The UK based artiste posted a teaser of the song on his official Twitter handle, barely 24 hours after Partey signed for Arsenal but he has released the full video.

Partey becomes the most expensive Ghanaian transfer in history, surpassing Michael Essien’s £22 million move from Lyon to Chelsea in 2005.

Meanwhile, Arsenal manager Mikel Arteta has not ruled out the possibility of Thomas Partey playing against Manchester City on Saturday at the Etihad Stadium.