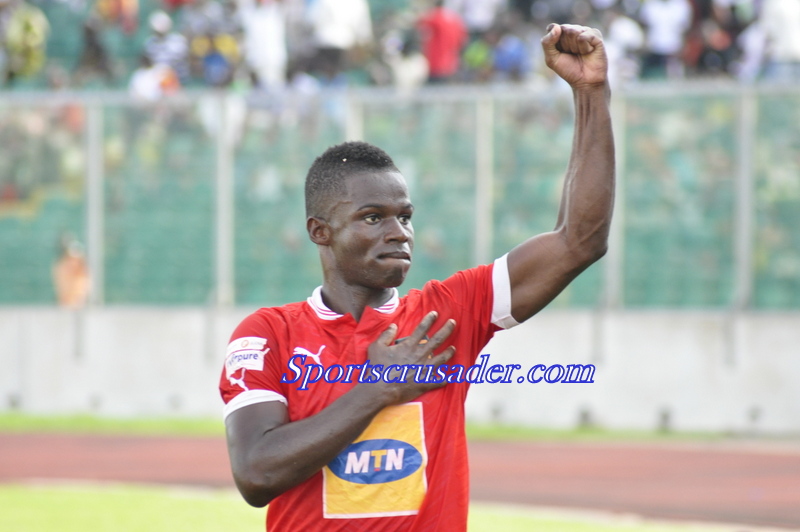 Former Asante Kotoko striker Ahmed Simba Toure claims he shouldn't be compared to Songne Yacouba because he was better during his days at Kotoko and believes the Burkinabe is yet to reach his level at the club.

Toure, who plays for Ivorian giants Asec Mimosa boosted an enviable record with the Porcupine Warriors which included winning the best player accolade and top goalscorer award in the Ghana Premier League.

According to the 31-year-old, Yacouba is a good player but is yet to achieve half of that at the club since joining them.

“Yacouba hasn’t done even half of what I did for Asante Kotoko. It’s not the same because I won the best player in Ghana, have scored a lot of goals for Kotoko and even won the goal king," he told Silver FM in Kumasi.

“I’ve done a lot of things for Kotoko that Yacouba is yet to do, so you cannot compare.”

“But I’m praying he overtakes what I did at Kotoko because he’s a good player and he’s like my young boy”, he concluded.

He joined Asante Kotoko in 2007 from Africa Sports but he later rejoined the club in 2015 and left to Bechem United in 2016 before finally sealing a move to Asec Mimosa.