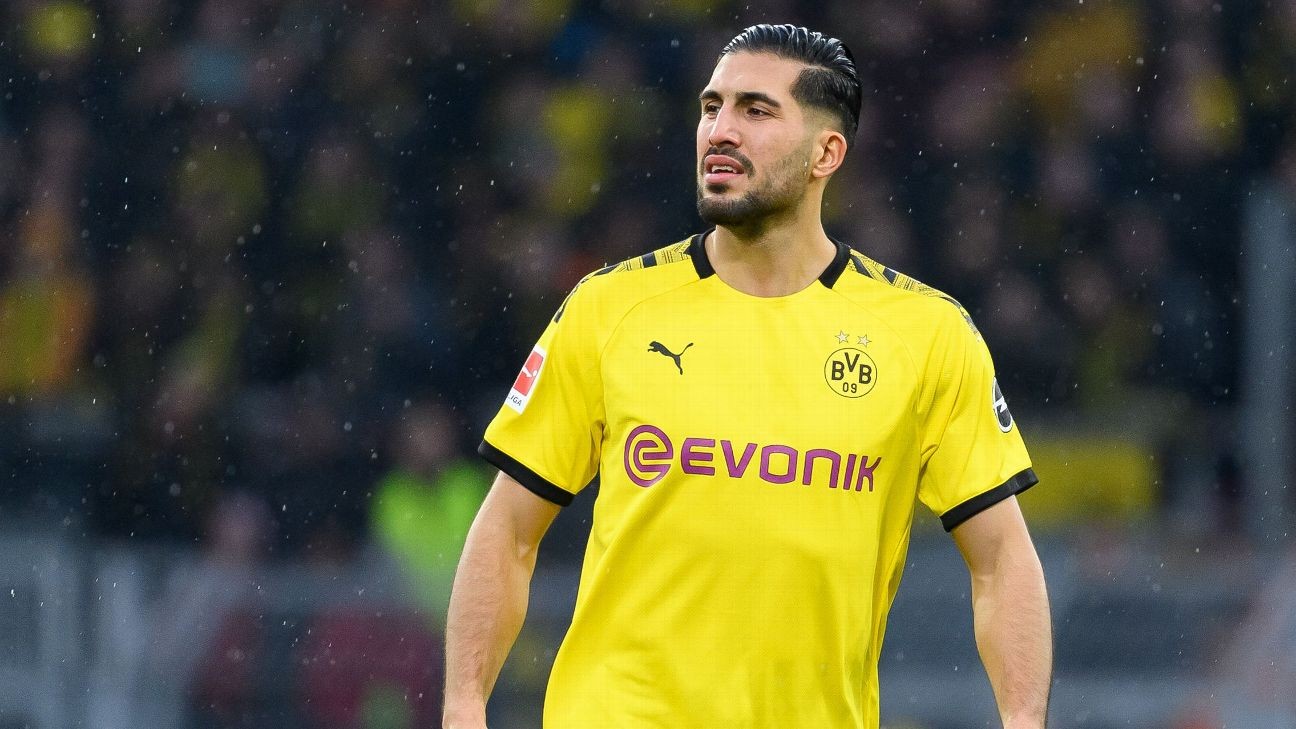 Julien Laurens says Dortmund are finding their form at the right time heading into a UCL clash at PSG.

Steve Nicol explains how Dortmund gives Erling Haaland a platform to take his game to an even higher level.

Borussia Dortmund midfielder Emre Can has said that he rejected the chance to sign for Manchester United in the January transfer window due to his loyalty with rivals Liverpool.

Can, 26, only made eight appearances for Juventus and his omission from the Champions League squad pushed him to leave in order to earn minutes ahead of Euro 2020.

The Germany international decided to return to the Bundesliga and signed for Dortmund on loan.

"I didn't think about this [joining United] for a second because of my Liverpool past," he told kicker. "I had three offers from Premier League alone.

"There was one from Manchester United. But I did not think about this for one second because of my Liverpool past."

Can has since become a key player for the German side who have won seven and lost one match since the restart of the league in January.

Ahead of the transfer, Dortmund contacted former coach Jurgen Klopp, who worked with the midfielder at Anfield until Can's free transfer to Juventus in the summer of 2018. And Klopp later said that Can and Dortmund are just a good match.

"I know the club had contact with Jurgen Klopp," Can added. "I am delighted that Jurgen, one of the biggest managers in the world, had positive things to say about me.

"He knows me fairly well after two-and-a-half years of working together.

"I always had an extreme sympathy for Borussia Dortmund. I wanted to join a club where I could be important and where I was needed.

"That's the case in Dortmund. Borussia are a good fit for me and the other way around."

Dortmund also beat United to the signature of Norway attacker Erling Haaland and sources have told ESPN that the Bundesliga club will also sign Birmingham City talent Jude Bellingham, who the Old Trafford club are interested in.