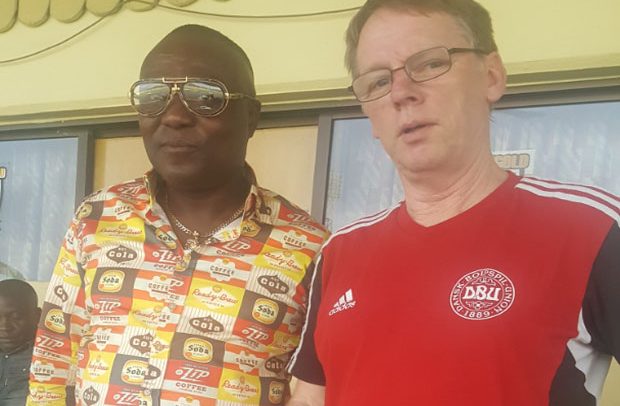 Dr.Kwaku Frimpong on the left

Speaking to Akakpo Adgodji in an interview, 'Champion' as popularly known within the football circles revealed that, Akunnor is doing marvelously well with the Porcupine Warriors in their African campaign.

However, what led to Akunnor joining the Reds was not the sack by the Miners rather the coach's stubbornness cost him the job.

"Akunnor was doing well at Obuasi I should say but his stubbornness led to his sack". We never fired him".