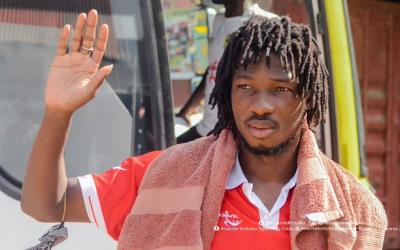 The contract issues of the player for the last couple of months has been at the center of discussions owing to the fact that it will expire in June. While it is the interest of the Porcupine Warriors to have him, contract talks over an extension have been difficult in the past month.

After several offers and counter offers, Dr. Kwame Kyei has indicated that the player’s demand of $150,000 cannot be afforded. Hence, the club is ready to let him go if they receive an offer.

“For Sogne Yacouba, to be honest before God, that amount he demands from us, which is $150,000, we can't give him that money. There is no way we can give that money (amount) to him if we fail to tell you (the supporters) the truth his contract time is due and we say we can sign Sogne Yacouba then we have lied to you”, he told Fox FM.

He added, “We discussed with him because, we had an offer for him earlier that he was supposed to go, we told him to go and we will resign him but he said he won't go and he is charging us a fee of $150,000, but if we said we can pay that money then it's a lie, we can't ".

Sogne Yacoba is therefore expected to leave Asante Kotoko before his contract expires at the end of June.