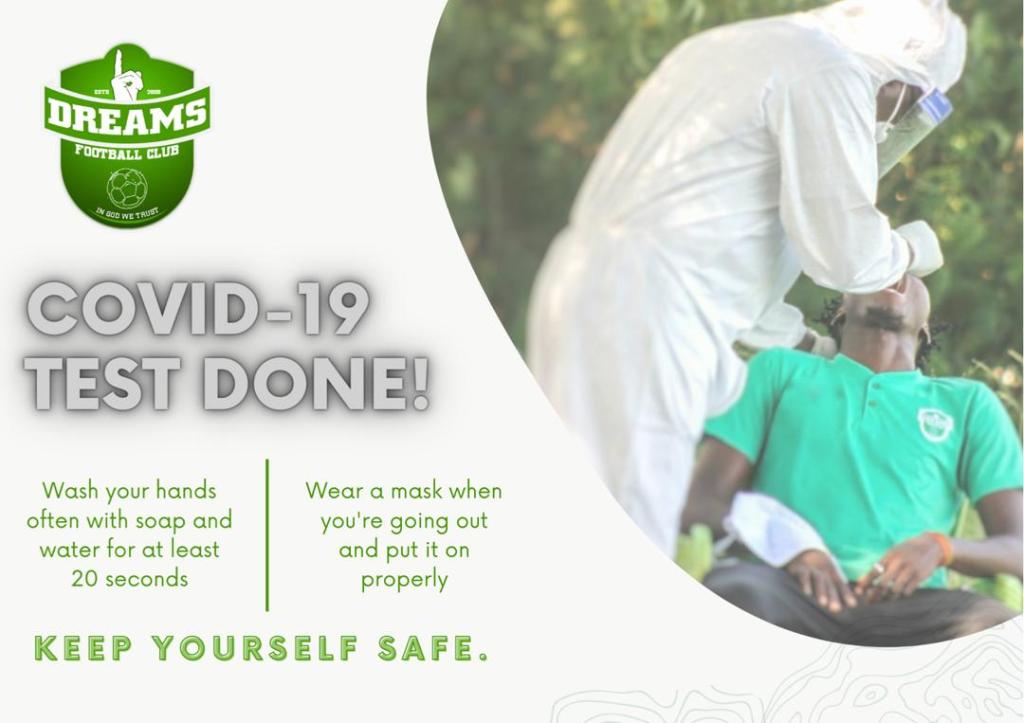 The playing body and officials of Dreams Football Club have undergone mandatory testing for the Coronavirus disease ahead of the start of the new football season.

With 7 months since the 2019/2020 Ghanaian football season was suspended and subsequently canceled, the sport is set to make a return next month.

In lifting the ban on football, the government requires that all clubs have their players and officials tested for the deadly disease.

Following through, Dreams FC has officially had its players and other official undergo the mandatory Coronavirus test.

“Dreams Football Club has now become the first premier league club to undergo the mandatory Covid-19 test under the auspices of the Ghana Football Association and the government of Ghana after 50 players and officials took the test on Thursday afternoon”, an official statement from the club has said today.

In all 32 players and 18 club officials including non-technical staff participated in the screening exercise which forms part of a mandatory exercise for all 18 premier league clubs ahead of the commencement of the 2020/21 football season.

The results of the test are expected to be out the latest in the next 72 hours.