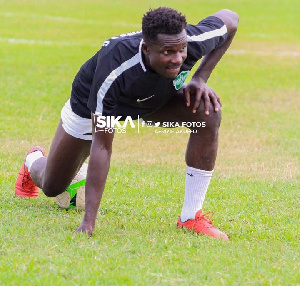 Dreams FC defender Issah Yakubu has said that his outfits target for the forthcoming Ghana Premier League season is to win more matches in order to place a better position at the end of the campaign.

The domestic top-flight league after several months of inactive football is set to return next months and according to the towering guardsman, they are aiming to win most of their matches in the quest to be among the elite clubs in the country.

“I want to help my team to win more matches and at the end of the season, Dreams FC will be the best team in the league.” He said.

“I’m hoping to help the team place a comfortable position at the end of the season and subsequently be in the elite clubs,” he said.