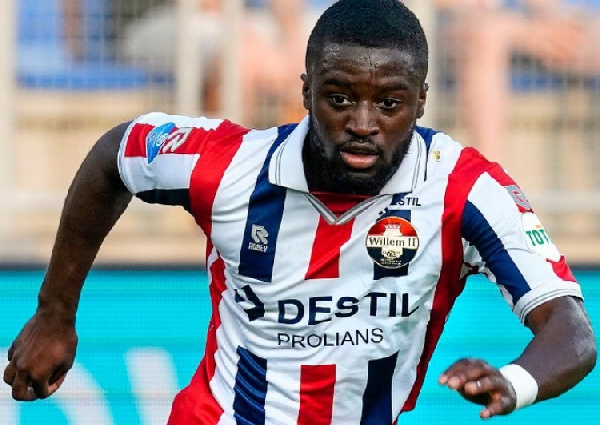 Willem II Tilburg full-back, Leeroy Owusu has revealed that he has always had the support of his parent since he decided to take up football as a career.

In the days of his father, it is understood that they could not have the chance to pursue a career in football.

Fortunately for Leeroy Owusu, the defender born in the Netherlands to Ghanaian parents was not presented with that barrier and is currently enjoying a good football career.

Speaking in an interview, the full-back has revealed that he has always had the support of his parents who ensured he grew up to become a good man.

“My parents are from Ghana. They came to the Netherlands separately around their twentieth birthday and got to know each other in Amsterdam. I have been given their norms and values. Listening carefully, working hard, and doing your thing calmly: that's what it comes down to. Ghanaian people will never cause problems. We are decent, civilized, always adapt. Modest, that's the right word,” the Willem II defender said as quoted on bndestem.nl.

Leeroy Owusu continued, “My father always said, if you really like this, get everything out of it. I remembered that”.

This season, the defender has made 23 appearances for Willem II in the Dutch Eredivisie and is one of their key players.