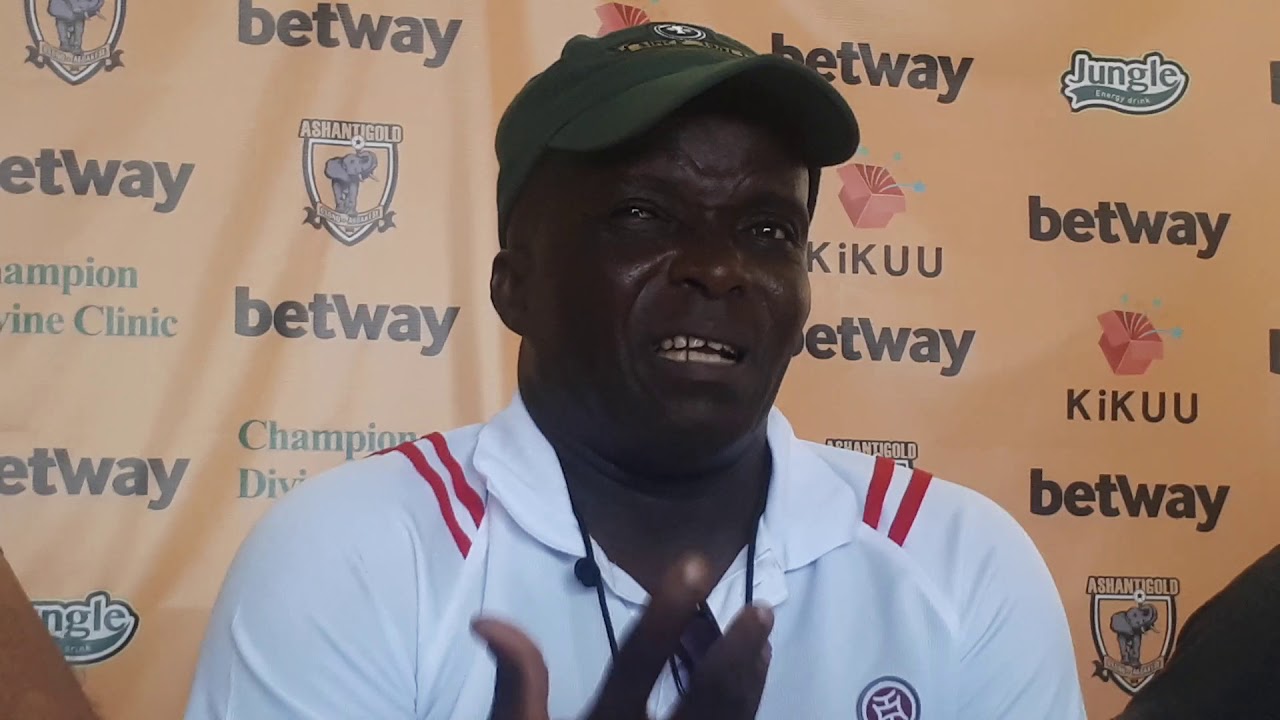 The head coach for Ebusua Dwarfs, Ernest Thompson has branded Great Olympics as an overhyped team following the recent 1-1 draw in the Ghana Premier League.

The Cape Coast club played as a guest to the capital-based team ysterday at the Accra Sports Stadium to clear an outstanding match.

At the end of a good display from both teams, they shared the spoils on the back of a one-all draw.

Speaking in his post-match interview, Ebusua Dwarfs coach Ernest Thompson noted that the Great Olympics is just full of hype.

“I'm surprised at the over-hyping of Olympics. From this match, I realized they have been over-hyped because they were damn lucky. We could have beaten them hands down,” the coach said.

According to Ernest Thompson, Great Olympics needs to put in a lot of work if they want to reach the height they are targeting.

“It is an over-hyped team and they need to work hard if they are really going to make the name they want to,” the Dwarfs coach shared.

Coach Ernest Thompson added, “We actually threw away some begging chances. We couldn't concentrate properly and those chances could have been goals for us and that was the problem.”