Dwarfs currently lie bottom of the League table with just 9 points out of a possible 33 after 11 matches.

This has led to the club relieving coach Sarpong off his duties with immediate effect.

A letter cited by Footballghana.com confirmed our earlier story of the club the sacking the former Liberty Professional trainer.

Below is the letter confirming Coach Sarpong's exit 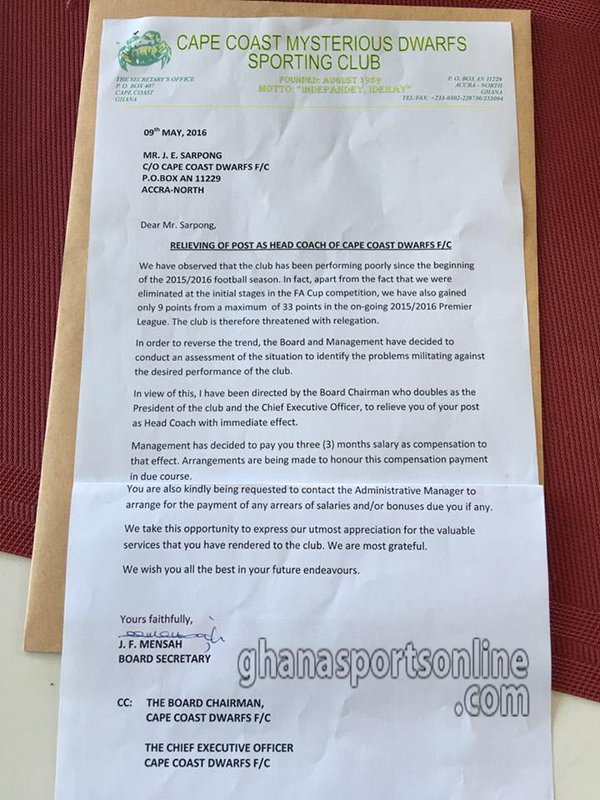