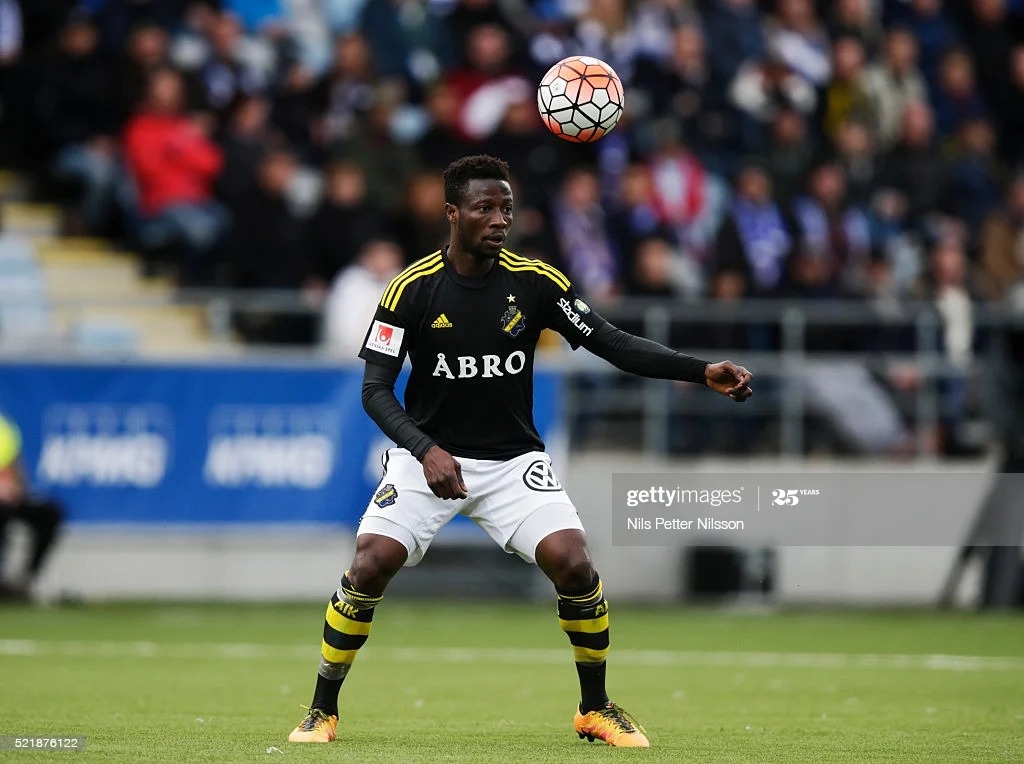 Ghana international Ebenezer Ofori was given the marching orders on Sunday while in action for his AIK outfit in the team’s goalless draw against Malmö FF.

The hardworking midfielder was called into action at the Swedbank Stadion when his team visited the grounds to honor a date on Matchday 20.

Ebenezer Ofori had a decent game in the first half but picked up a yellow card on the 40th minute.

In the second half, he received another caution on the 66th minute which earned him a red card.

This forced AIK to play with 10 men as the side defended with their all to stop Malmo FF from scoring.

Though the away team will have Sotirios Papagiannopoulos also being sent off in stoppage time, they managed to draw to ensure they earned a point at the end of the 90 minutes.

Ebenezer Ofori, 24, is expected to miss AIK’s next league fixture against Hammarby.