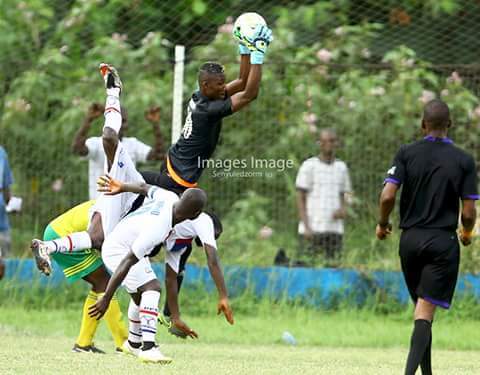 Frank Andoh has expressed his happiness following the possible return of local football in Ghana which commences on January 26 at all various match venues.

All football activities in Ghana were halted since the premiering of the investigative piece by ace journalist Anas Aremeyaw Anas on corruption in Ghana football.

The GFA Normalisation Committee which currently runs Ghana football on an interim basis is on the verge of bringing local football back as they have proposed a special tournament which will include Premier League clubs and second-tier tier teams.

Andoh believes is a good step for the players and the clubs as a whole.

“I think the special tournament by the Normalisation Committee is a good idea since it will keep we (the players) and clubs active as a whole,” Andoh told footballmadeinghana.com.

“The suspension of the league has really affected our fitness as well as our finances. The return of our football will do us more good.”

The experienced goalkeeper further revealed that his dream is to see the Ghanaian local game flourish and attract more good players.

“I hope this year the level of our league will be high so that players will love to stay in the country and it will attract more foreigners also,” he added.