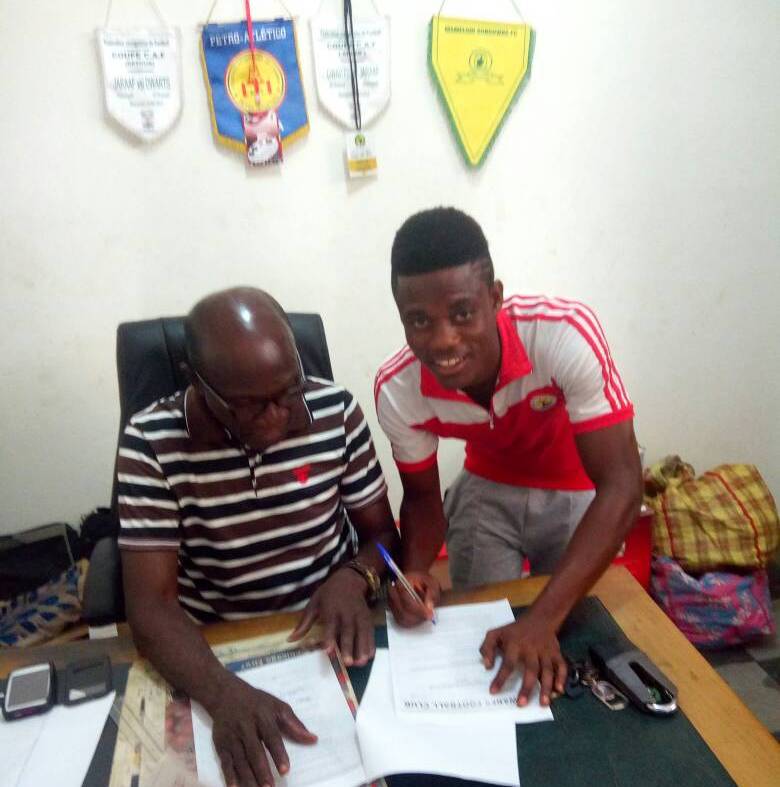 The winger signed a two year deal for the Mysterious Club on Monday to reunite with his former trainer Bashir Hayford.

The nimble-footed winger parted ways with the Miners on mutual consent at the end of the 2016/2017 season.

Nkrumah was part of the Ebusua Dwarfs squad who participated in the GFA Gala competition a week ago.