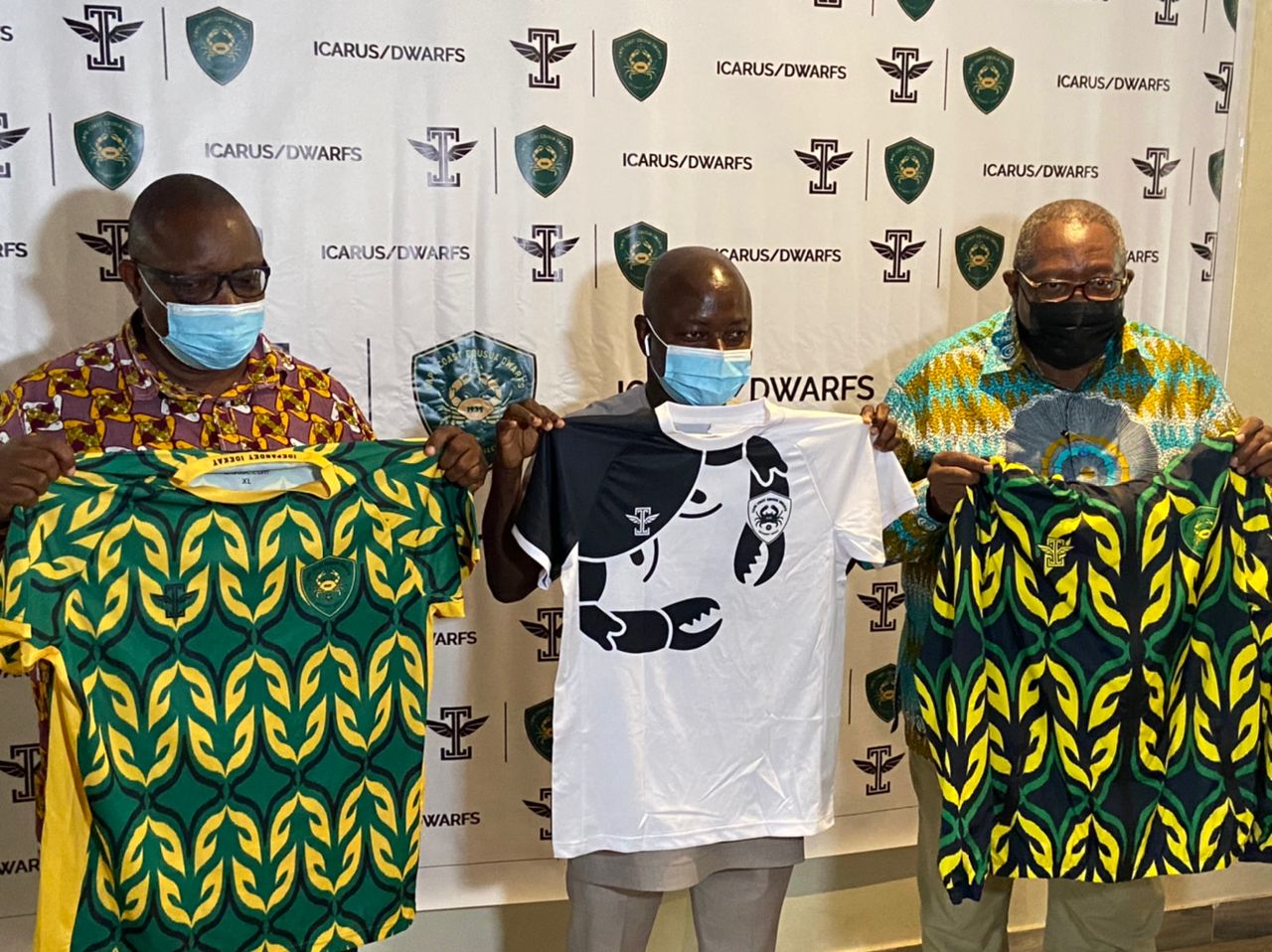 Ghanaian club Ebusua Dwarfs have signed a kit sponsorship deal with American sportswear manufacturer, Icarus ahead of the 2021/2022 Ghana Division One league campaign.

The Cape Coast-based side announced the deal at a press conference held in Accra on Monday.

The American sportswear manufacturing company will kits Dwarfs for the next two years.

"We are delighted with this partnership agreement with Icarius, an American sportswear, they have decided to kit our team for the next two years," he said.

"Dwarfs is a big club irrespective of where we find ourselves now, this tells us we need to do a lot to get back to where we belong, and this is surely part of the process."

Also present at the unveiling were Operations manager John Ansah who doubles as vice chairman of the Ghana League Clubs Association (GHALCA) and Anthony Awotwe, Director of the club.