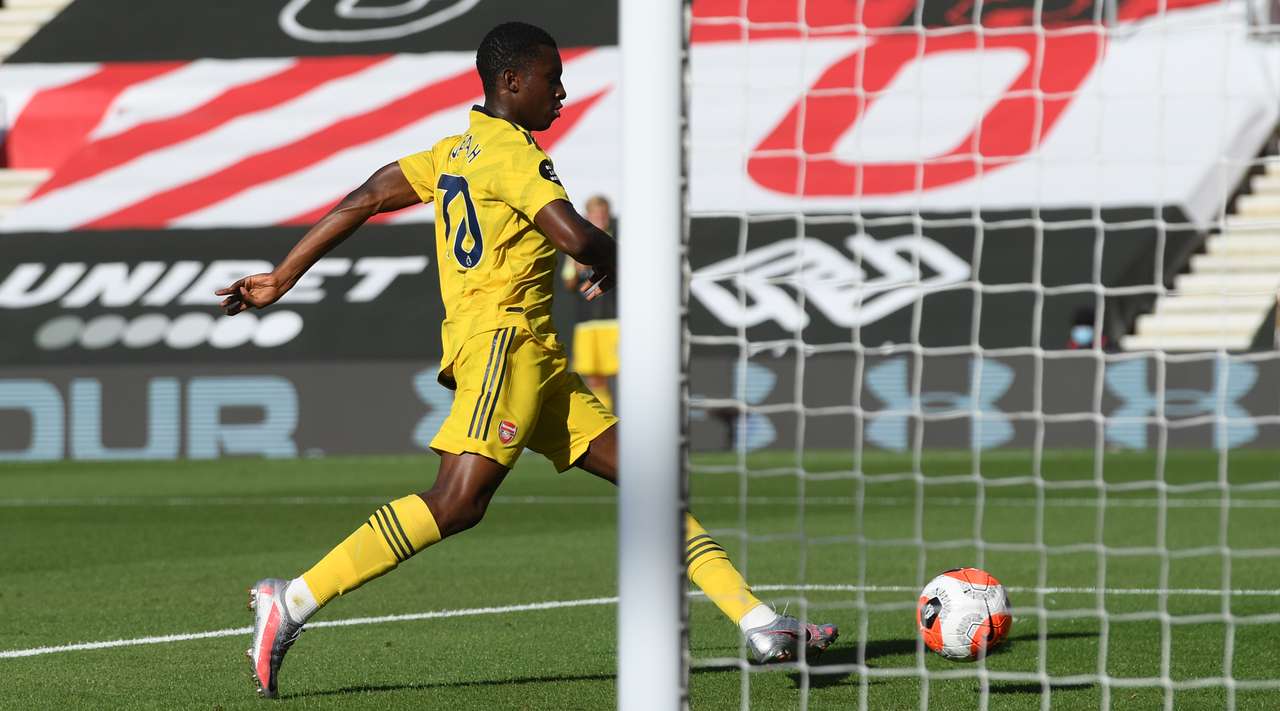 England international of Ghanaian descent, Eddie Nketia as scored this evening to power Arsenal to an important 2-0 win against Southampton in the English Premier League.

With a few more games to the end of the season, clubs are fighting for maximum points on Matchdays in order to finish strong in hopes of a top-four finish or just survive the drop.

At the St. Mary's Stadium this evening, Arsenal played away to Southampton with the aim of winning to enhance its chances of playing in Europe next season.

The away team took the lead after 20 minutes of play when teenager Eddie Nketia capitalized on a defensive blunder to slot home his effort into an empty net.

A ding dong affair in the second half saw Joseph Willock doubling the lead for the Gunners on the 87th minute after Jack Stephens had been sent off for Southampton.

Eddie Nketia lasted 80 minutes of the game before his place was taken by Alexandre Lacazette. This is his 7th appearance for Arsenal since returning from his loan spell at Leeds United.

He has a total of 4 goals and remains a key player for manager Mikel Arteta. In line with the win, Arsenal now sits 9th on the league standings and 3 places away from European qualification.