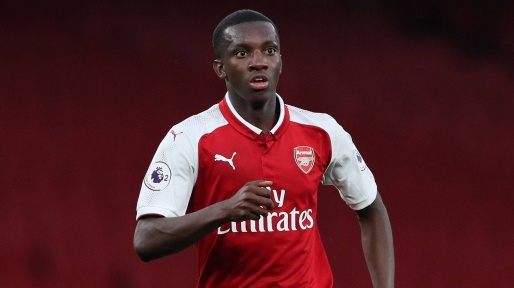 The young forward was playing for Leeds on loan before Arteta joined and when he came back to Arsenal, Arteta insisted on keeping him in the side.

Appiah revealed that the two talked even while he was on loan and that helped in their relationship.

“We motivate Eddie a lot. He is a good player and we are hoping he reaches where he destined to be. Former Manchester City Assistant Manager Mikel Arteta was actually chatting with Eddie Nketiah even before he came to Arsenal. Mikel Arteta always motivated Eddie and built a strong relationship with the player,” he told Wontumi radio.

“He joined the Arsenal youth team at age 14 which he won the Goal King in most the tournaments he played in.”

He also was full of praise for Nketiah's attitude.

“He is a very respectful player. He stays with his parents up till now. He attends church at The Anglican Church. He still serves at church and is a humble guy.  Eddie is from Asante Mampong. He was born in Ghana. His parents are both Ghanaians.”