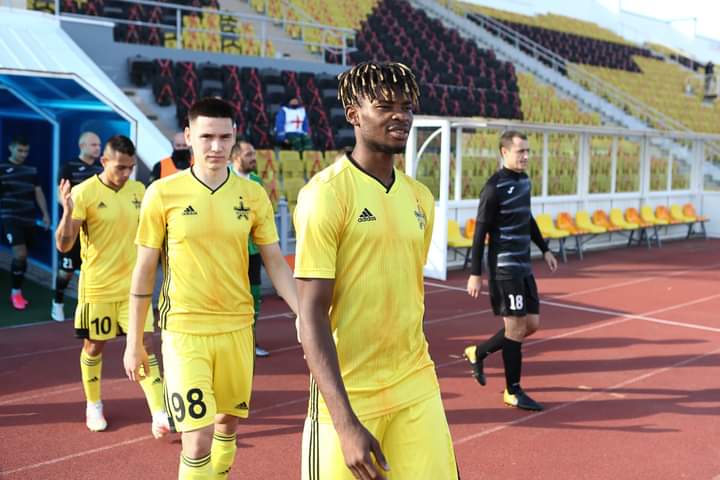 Black Stars midfielder Edmund Addo will be in action for FC Sheriff Tiraspol tonight when they welcome Real Madrid for the return fixture at the Bolshaya Sportivnaya Arena in Group D of the Champions League.

Addo's performance against the 13-time European champions at the Santiago Bernabeu shot him into prominence after Sheriff recorded a 1-2 success against Real Madrid.

The holding midfielder must however avoid committing a bookable offence this time around as he risks being suspended for their last game away to Shakhtar Donetsk.

Edmund Addo picked up a second yellow card in their 1-3 loss to Inter at home. This comes on the back of the penalty he conceded at the Bernabeu.

After suffering back-to-back defeats against Inter,  Sheriff must get a result they lock horns with Madrid and hope Shakhtar Donetsk beat Inter to boost their chances of advancing to the knockout stages.

Sheriff are third in Group D with six points, three below Real Madrid in first place and one behind Inter Milan.