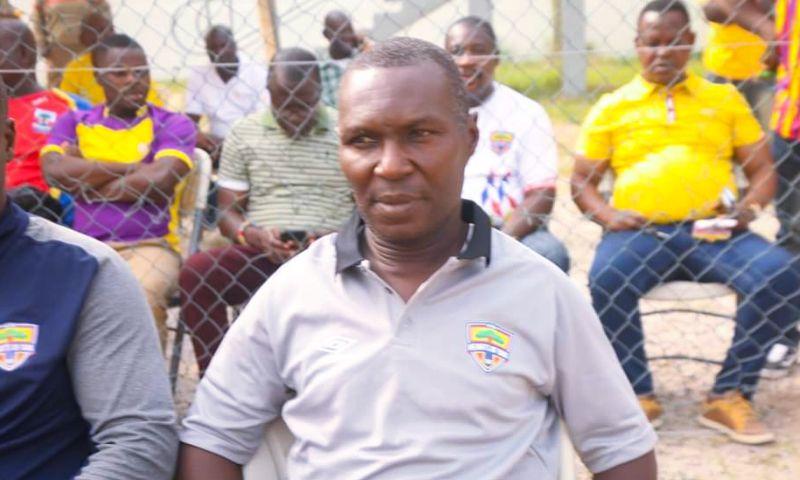 Interim coach Hearts of Oak coach, Edward Nii Odoom, says he is confident his team maintaining their fine run against Liberty Professionals after an impressive display away at WAFA.

According to Nii Odoom, the win over Ebusua Dwarfs and a vital point at the Red Bull Arena at Sogakope would motivate his squad when they play regional neighbours Liberty Professionals.

In an interview with the Graphic Sports Online, Coach Nii Odoom called on his players to make it three wins at Dansoman in their last three encounters at the venue.

“The players played very well at Sogakope and I believe their confidence is up now at the moment going into the game with Liberty.

“Looking at their last two performances, I can say that the team spirit is back and they are ready to make a significant impact in the league,” he added.

The Phobians are undefeated in their last six games against Liberty and Sunday’s encounter provides them the opportunity to extend their records at Dansoman.

The ‘Scientific Soccer lads’ on the other hand remain the side to beat this season.

They have adopted an all-attacking style of play which aided them to beat Ebusua Dwarfs 2-1 at the Cape Coast Stadium during their midweek encounter.

Despite their stellar performance this season, Coach David Ocloo is yet to pick the maximum points at the Carl Reindorf Park although he has not lost, and is confident they will devour their neighbours to send a strong signal to other visiting teams.