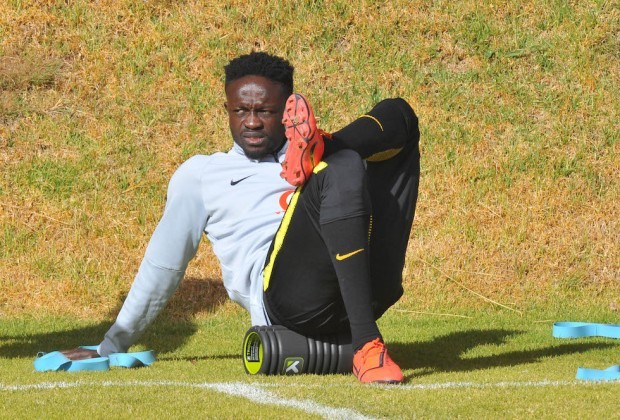 Edwin Gyimah has urged countryman James Kotei to remain calm and concentrate at Kaizer Chiefs even though he is finding it hard to break into the first team.

The 26-year-old has not played in an official game for Amakhosi since he joined the Soweto giants at the start of the season from Tanzanian side Simba.

Former Orlando Pirates midfielder Gyimah, who recently signed for Black Leopards, believes his countryman's chance will come to show local football what he is all about.

"He needs to stay focused. The demands [of playing for big teams] are always high. He knows and understands that," Gyimah tells

"He just needs to stay cool, calm and concentrate. He is a good player. His time will come to prove to Chiefs and South African football fans what he is capable of.

"The moment you sign for big teams like Pirates, Chiefs, SuperSport and Sundowns you feel pressure because of the brand associated with those clubs and the high expectations from fans,"

"It's tough but he must enjoy it. To sign for a team like Chiefs shows he is big player and I am confident that he is managing the situation very well. His time will come."

Kotei could be in contention for a place in the Chiefs midfield for the Telkom Knockout semi-final against Maritzburg United after the international break.