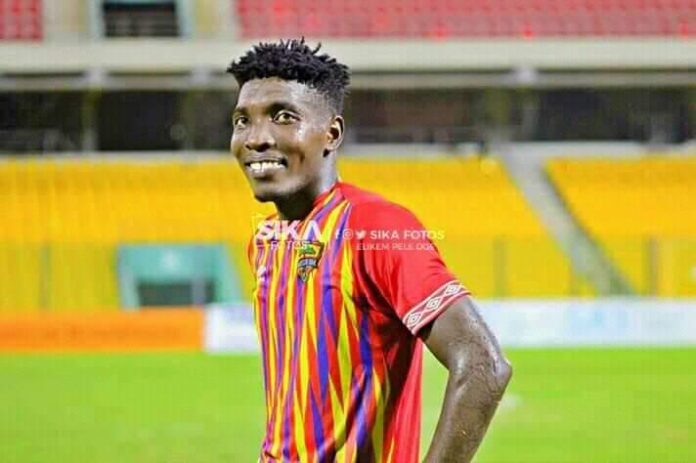 Newly-promoted Egyptian Premier League (EPL) side Eastern Company SC, have completed the signing of ex-Hearts of Oak midfielder Benjamin Afutu, according to Ghanasportspage.com.

Afutu joins the club on a three-year deal after successful negotiations.

The 24-year-old held his first training session with the Eastern Company on Wednesday.

He has been without a club since parting ways with Hearts following the expiration of his contract.

Hearts tried several times to extend the contract of Afutu but to no avail due to a disagreement over a clause.

Prior to the start of the second half of last season, the versatile midfielder was said to have travelled to Azerbaijan to finalize a deal, but he subsequently rejoined his colleagues at the Pobiman training grounds.

Afutu was one of the standout players for the Phobians, who won the domestic double last season, thus the Ghana Premier League and the MTN FA Cup titles.

The midfielder made 29 appearances across all competitions, scoring five goals for the Accra-based side.