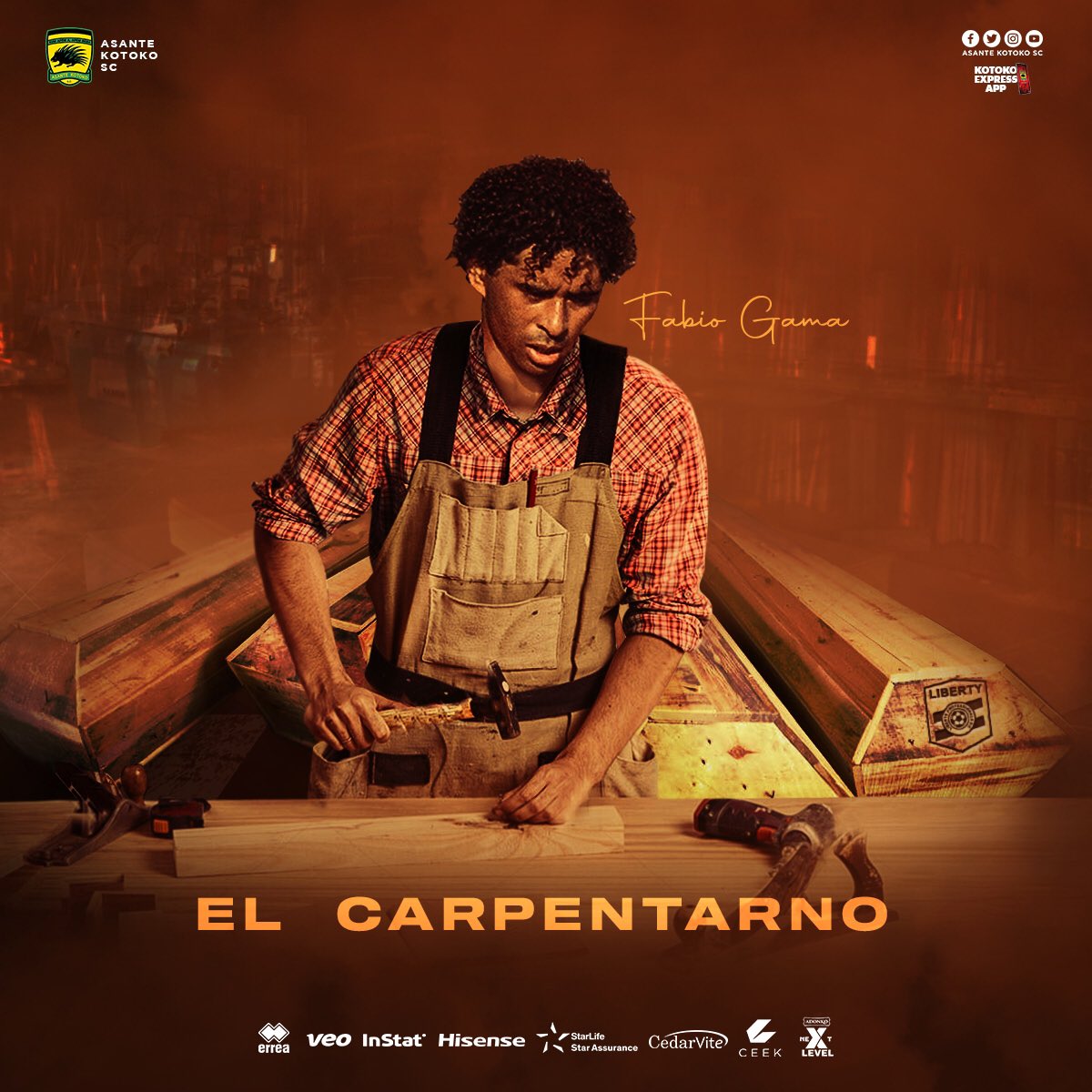 In the latest post on the social media pages of Asante Kotoko, the club has released an artwork to depict the importance of new signing Fabio Dos Santos Gama following his outstanding performance on Monday afternoon.

The Brazilian was in action for the Porcupine Warriors club yesterday when they locked horns at the Accra Sports Stadium with Liberty Professionals for a matchday eight encounter of the Ghana Premier League season.

Making his full debut, the 27-year-old dazzled with his performance and wowed the crowd with his touches, passing, body swerve, and other qualities.

Having enjoyed social media trends after the match, Fabio Gama continues to get the attention with the latest artwork posted on the social media pages of Asante Kotoko attracting further attention.

The photo released by the club depicts the Brazilian as a carpenter getting work done to lock up clubs in coffins with the caption “EL’ CA R P E N T A R N O. The FIXER Fabio Gama.”