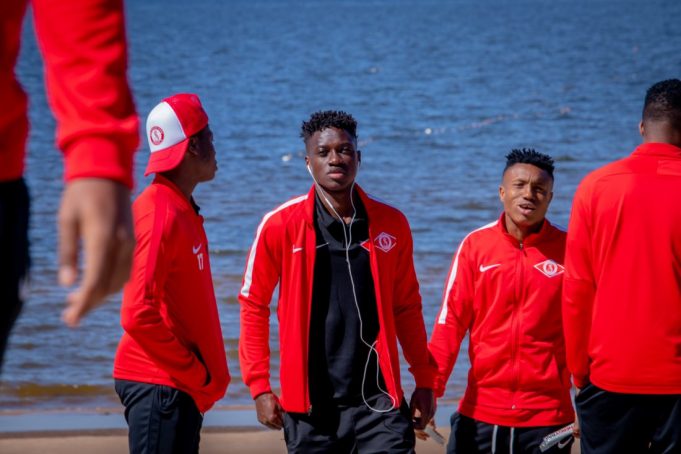 Teenager Kwadwo Asamoah has extended his gratitude to Bechem United after completing his switch to Latvian outfit FK Spartaks Jūrmala.

As reportedly by footballghana.com recently, the 18-year-old winger has joined FK Spartaks Jūrmala on a 4-year contract after excelling during a trial period with the club.

Taking to social media to thank Bechem United, he has penned a message of appreciation to the President, management, and former teammates of the Ghana Premier League side.

“Thanks to this amazing club Bechem United Football club for the opportunity they gave me both in Ghana and Europe. When I came many said I’m too young and I should go back to school, they doubted me, they said I ain’t ready but the president Mr. Kingsley Owusu Achaw (Agama) who first took me to Europe on Business class, the coach , the directors believed in me , they never gave up on me . Everything they did for me was truly for my development.

“Thanks to everyone who also contributed to my upbringing and those still handling me. Thanks to my manager Mr. Roy Arthur for the potential and believe he had to invest in me even when the dream was not certain”, teenager Kwadwo Asamoah posted.

He added, “Thanks to Mr. Eremenko Alexei for the potential he saw in me and in all thanks to my family and friends who improved me. Now I say goodbye to Bechem United Football and I wish them all the best in future”.