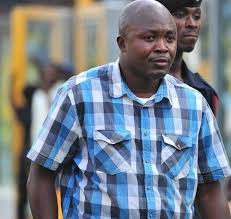 Elmina Sharks head coach Yaw Acheampong is pleased with his current team ahead of the commencement of the new season.

Sharks have augmented their team with the acquisition of Justice Ato Mensah, James Bissue and Amissah Anfoh Assan.

Speaking to Max FM in an interview, coach Acheampong disclosed that the addition of the three experienced players makes his side a formidable one going to the 2020/21 season.

"No player has left the club so far and we made inclusion of three experience players to the squad", he said.

"The three additional players are all veterans in the local league hence we have a formidable team.