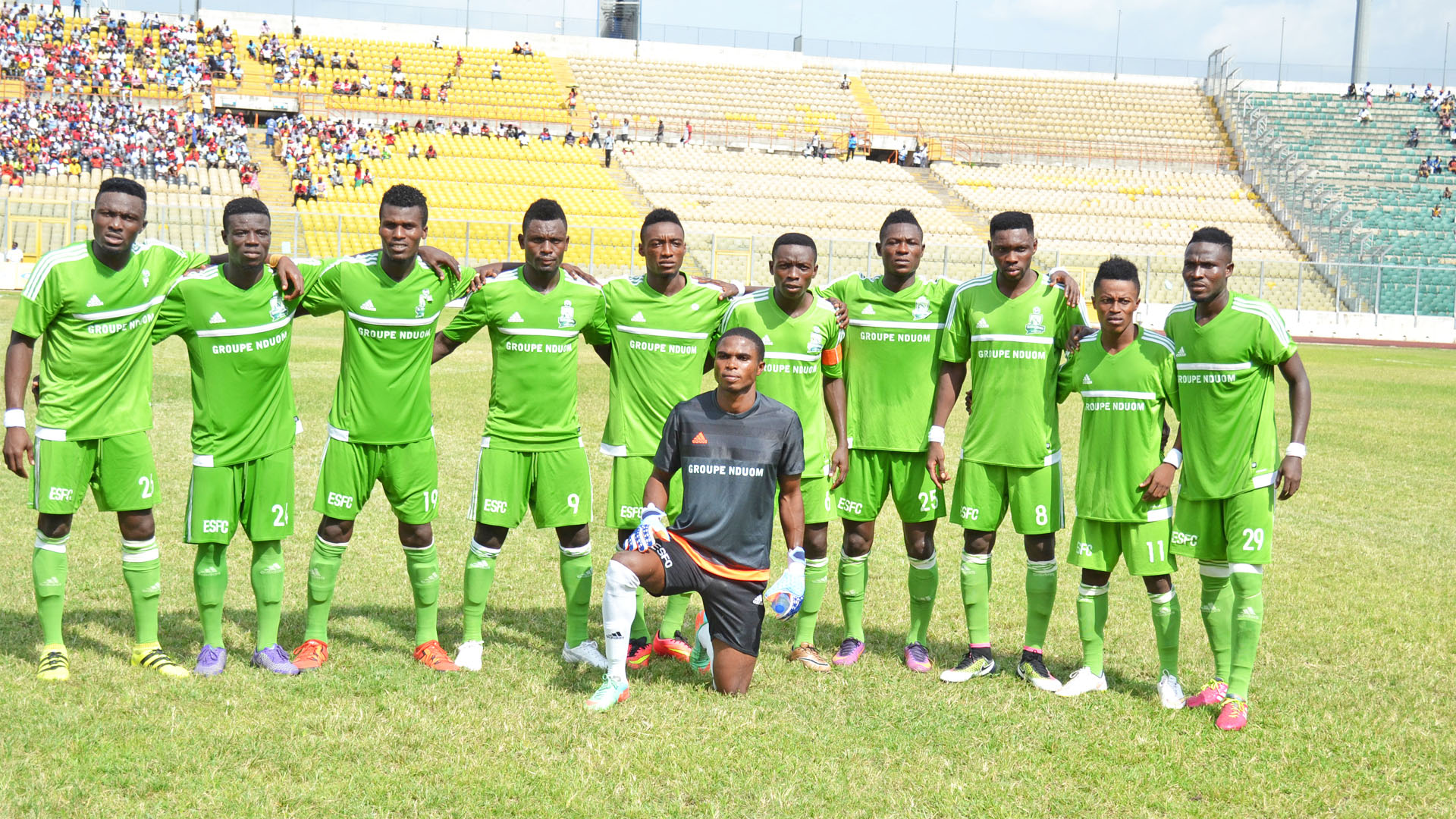 Some players of Elmina Sharks have expressed their disappointment following the cancellation of the 2019/20 league season.

On Wednesday, the Executive Council of the GFA annulled the current football season following a marathon meeting due to coronavirus pandemic.

A decision the Elmina Sharks players are not happy with as deputy skipper of the club Samuel Arthur was confident Sharks could have finished in the top four after an impressive start to the season.

Elmina Sharks were 4th on the league table with 25 points, just three points adrift leaders Aduana Stars after 15 matches played before the league was cancelled.

"We are really disappointed that we started the league in good form and now it has to stop. We were determined we were going to play in the Top 4 this season but the league was cancelled. We are very disappointed," he told 3news.com.

Defender Emmanuel Addington also said, "Well, it’s very disappointing; regarding our form, everyone could see we were on top of our game, we played very hard, winning games. I remember we played eight consecutive matches without losing so we feel very disappointed, especially we the players of Elmina Sharks."

According to the club's top scorer Benjamin Bernard Boateng, he was hurt when he heard the news.

"We were hurt when we heard the news because were determined to play in the Top 4. However, we will keep training and be fit because we don’t want to lose our current form."

The governing football body decided that no team will be relegated or promoted. They also named AshantiGold and Asante Kotoko as representatives for the continental competitions.