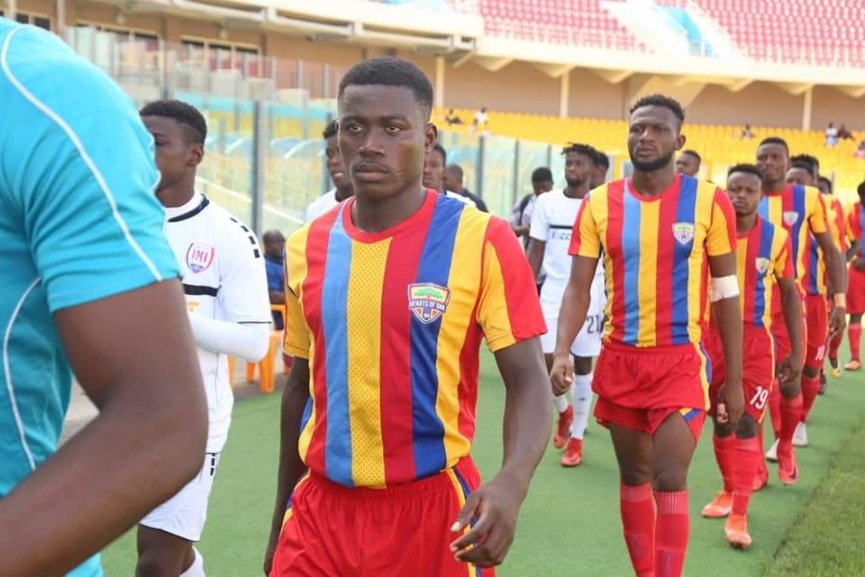 Elmina Sharks have completed the signing of Mitchelle Sarpong from Hearts of Oak in the ongoing transfer window, according to Sportsworldghana.com.

The 22-year-old joins the club on a season-long loan deal with no purchase option.

Sarpong made a handful of appearances for the Phobians who won the domestic double last season, thus the Ghana Premier League and the MTN FA Cup due to injuries.

He failed to command a place in the starting XI after suffering various degrees of injury.

The highly-rated youngster will be hoping to get enough playing time as he set sights to play a key role for Elmina Sharks.