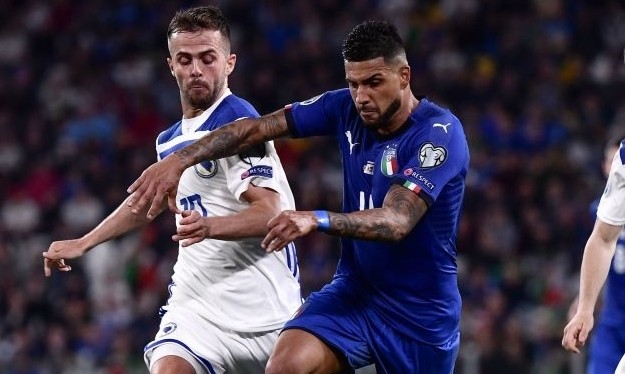 Italy full-back Emerson Palmieri has played down speculation linking him with a move to Juventus by stating he is very happy at Chelsea.

The 24-year-old put in a solid performance for the Azzurri during their 2-1 victory over Bosnia and Herzegovina on Tuesday in Turin, reigniting speculation he could make the move back to the peninsula.

“I have a contract with Chelsea and I am happy there, especially after the Europa League [victory],” he told reporters in the mixed zone after the match.

“At this time I haven’t received any offers. Everyone is saying [Allianz Stadium could be my new home] however I am very relaxed.

“I will continue to work hard and not focus on these things.”

Reports continue to link current Chelsea manager Maurizio Sarri with the vacant coaching position at Juventus, but Emerson made it clear he has no information regarding the potential move.

“Ask Chelsea or Juve,” he stated when asked if he knew anything about the switch.