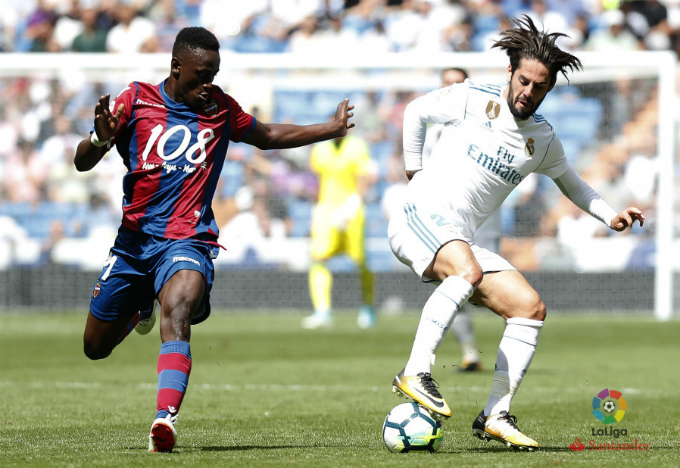 Injured Ghanaian player Emmanuel Boateng is expected to return to action against Espanyol on September 16.

Boateng has started light training at the club as he pushes for a return to the side quicker-than-expected.

Levante coach Paco López has confirmed the Ghanaian is recuperating fast and will return sooner than later.

"Right now, with Boateng's injury, which I do not think is beyond the third match, we have Raphael , Roger and Morales ," assured the coach on Friday.

The forward was operated on his meniscus on June 25 after he picked up the setback during a pre-season friendly against Bournemouth at the La Manga facility.

He was ruled out for a period between four-six weeks.