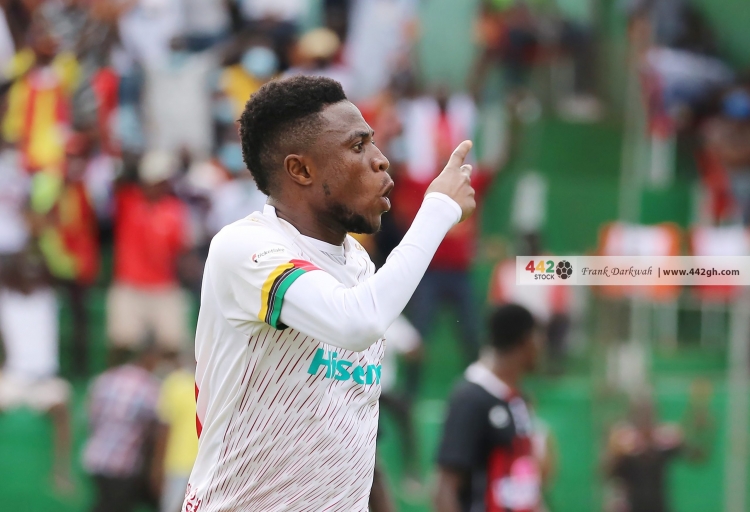 The Disciplinary Committee of the Ghana Football Association (GFA) has charged Asante Kotoko winger Emmanuel Gyamfi with misconduct following his stamp on Andy Okpe in the game against Inter Allies FC.

The Porcupine Warriors last Monday defeated the Capelli Boys 3-1 in a matchday 29 fixture of the 2020/2021 Ghana Premier League season.

Despite the match providing fans with lots of excitement, an off-the-ball incidence where Emmanuel Gyamfi stamped Andy Okpe took the shine away from the game.

While still unclear, the captain of the Reds lost his cool in the 65th minute of the game and stamped the feet of his opponent although Andy Okpe was not in possession of the ball.

But why will you do this 🤦🏽‍♂️ pic.twitter.com/RK5lpxxHLN

Today, a charge sheet posted by Oyerepa FM has revealed that Emmanuel Gyamfi has been charged for breaching the rules of the game.

“Emmanuel Gyamfi: You: on 14th of June 2021, during the match between Inter Allies FC and your team at the Theatre of Dreams, did stamp player number 45m of Inter Allies (Andy Okpe) in an off-ball situation around the 65th minute of the game, an action which in the opinion on the association is an improper and likely to bring the game into disrepute,” the charge sheet reads.

While Emmanuel Gyamfi has the chance to defend himself, it is likely he will be fined or banned.