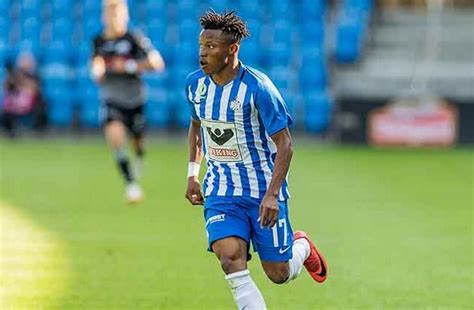 According to Emmanuel, the two activities were able to eliminate boredom after almost four months of not having normal activities as a football player. Emmanuel Oti and other professional players around the world had to stop playing football in mid-March due to the COVID-19 pandemic.

Speaking to outlet Bola on Wednesday he said

"I use my free time with some activities. To get rid of my boredom at home watching movies and playing FIFA games with my friends here,"

Of the several films he watched, Emmanuel Oti claimed to really like one of the Viking drama series. According to Emmanuel Oti, the film teaches how brotherhood is maintained to achieve a common goal. The first season of the Viking film released in 2013 is a historical drama genre and has entered season 9. Viking films 1 through nine have different titles, such as Rites of Passage, Warth of the Northmen, Dispossessed, Trial, and others.

"I really like the Viking drama series because I easily understand it very well. And the film tells the story of betrayal and brotherhood," he concluded.