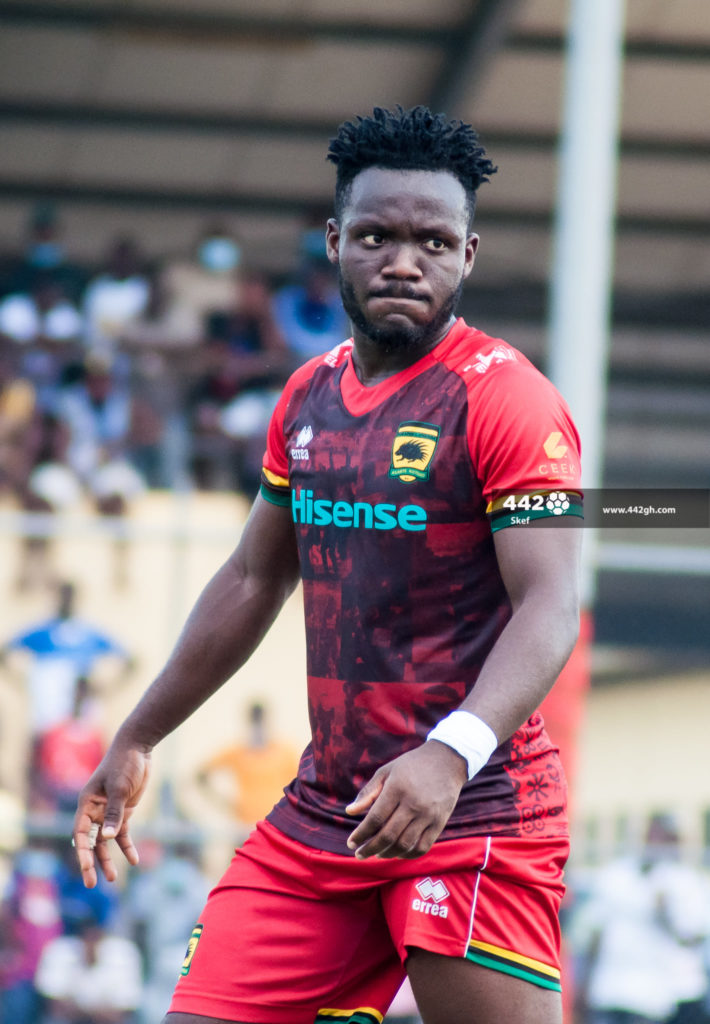 Asante Kotoko midfielder Emmanuel Sarkodie has blamed recurring injuries for his struggles since joining the club.

The midfielder joined the Porcupine Warriors last season from Nkoranza Warriors after a superlative performance in the Division One League.

Sarkodie, who won 8 man of the match awards in 13 matches in the truncated season was tipped for greatness when he secured a move to Kotoko.

Having failed to hit the ground running at the club, has been released by the club for a loan spell ahead of the 2021/22 season.

Speaking to Pure FM, he affirmed he will return to the club stronger to complete his unfinished business with the club.

He said, loan spells helped Manchester United’s Jesse Lingard and his teammate Danlad Ibrahim to develop and is confident he will return in good shape.