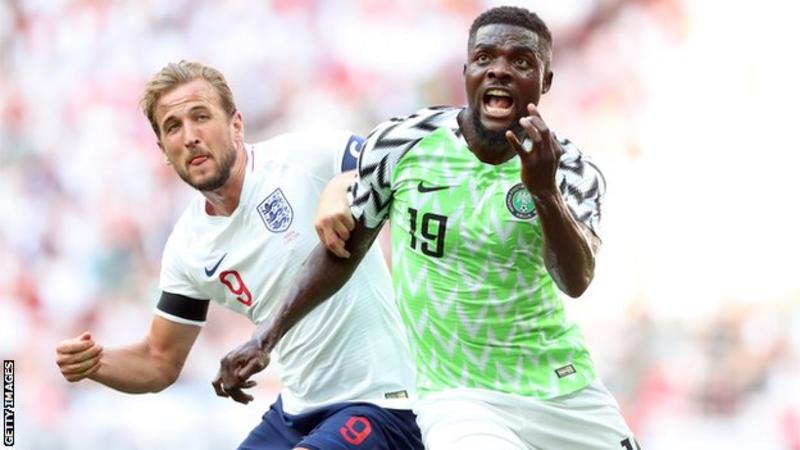 Nigeria midfielder John Ogu has called on his team to boycott upcoming matches in protest at the country's government.

Ogu, who has 26 caps, said a boycott would "make a statement".

On Tuesday Manchester United forward Odion Ighalo called his country's government "a shame to the world".

There have been weeks of protests in Nigeria with mostly young people demanding the disbandment of a notorious police unit, the Special Anti-Robbery Squad (Sars).

Nigeria's army has denied killing demonstrators and the country's President Muhammadu Buhari has urged protesters to stop demonstrating and engage with the government.

Nigeria have Africa Cup of Nations qualifiers in November and Ogus said that even if the country lost its place in the tournament "it would be a price worth paying".

"What is the point in representing the country if this is what the politicians, the people we're representing, can do to us?" Ogu, 32, told the World Football show on BBC World Service radio.

"I feel like this is the best thing to do right now until they get back to their senses and listen to us.

"I believe most of my colleagues understand where I am coming from, I wish we can do this. There are games coming up and if we boycott these games I'm sure they will know we've made a statement.

"I haven't really spoken to any of my team-mates about this. They feel for the people here, their loved ones, those that have died. I'm sure the players are aware."

Ogu is back in Lagos having left Saudi Arabian club Al-Adalah in September.

"In Lagos it's brutal now. Burning banks, cars, police stations. It's dangerous to go out. The country is a shambles.

"I've been in the protests six or seven times. It's always peaceful.

"I don't know [whether there will be a boycott]. I don't know what is in the heart of the other boys. I'm sure everyone is thinking about this now. We have a match next month. If this thing continues to next month we won't play.

"How can I go to the national team to represent my country to represent the government and the people when I think of the lost souls of those who have been killed?"