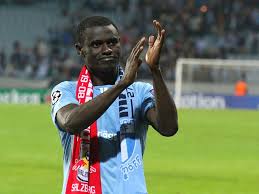 Former  Ghana U17 midfielder Enock Adu Kofi featured entire 90 minutes for AIK Solna as they win a 3-2 aggregate over Sheriff Tiraspol on Thursday night in the UEFA Europa League at the friends Arena in Solna.

Nabi Bahoui scored for AIK on 61th minute with an equalizer from Gabrijel Boban for Tiraspol ending the game 1-1.

AIK, however, qualified to the next stage of the competition on a 3-2 aggregate after winning the first leg 2-1 at the Stadionul Sheriff.