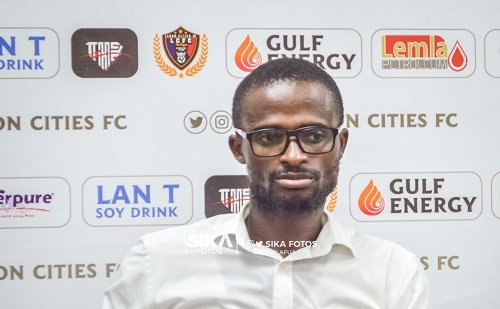 The young and enterprising gaffer has won himself a lot of admirers with his sides playing some exciting football since bursting into the scene with Liberty Professionals.

The 36-year-old grabbed the headlines following his masterclass tactics against Asante Kotoko at the Accra Sports Stadium in their matchday 1 fixture which ended 1-1.

In an interview, Ignatius opened up on his dream of coaching to the highest level, especially on the local scene where he wants to be training the biggest clubs in the country.

“Every coach wants to coach the biggest clubs in Ghana, Asante Kotoko and Accra Hearts of Oak," he told Joy Sports.

"Nobody in his right frame of mind can dispute that fact. If you are a coach and you don’t have a dream of coaching the biggest clubs in Ghana, then I don’t know the kind of dream you have.”

Ignatius’ side play their first home game of the season when they welcome Ebusua Dwarfs.