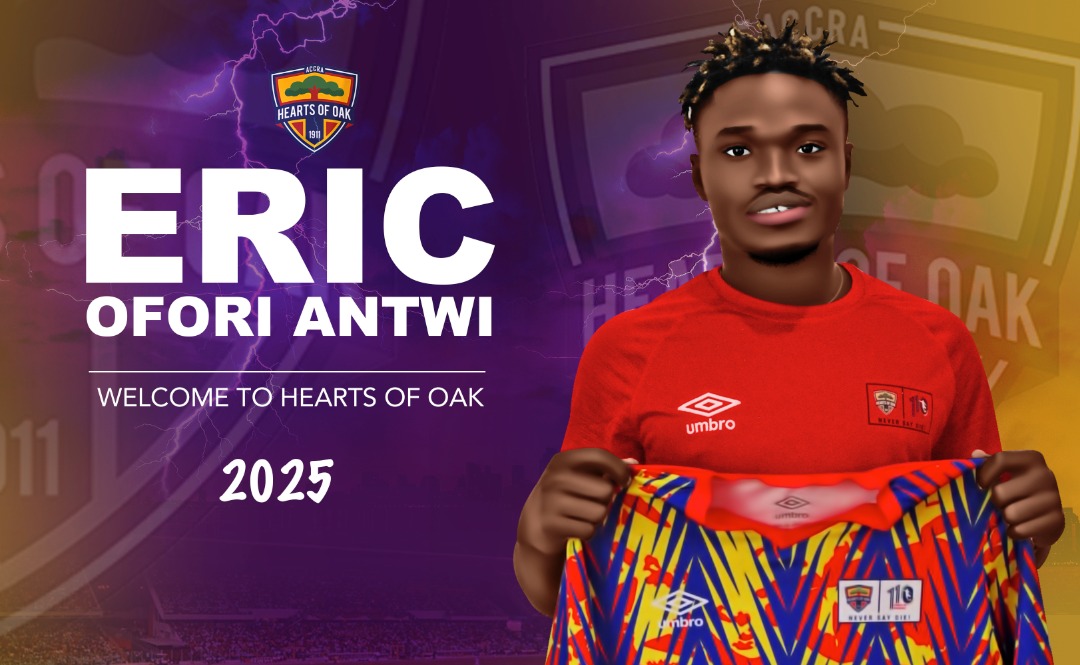 Hearts of Oak have signed highly-rated goalkeeper Eric Ofori Antwi following the expiration of his contract with Legon Cities.

The 27-year-old joins the Phobians on a three-year deal after passing his medicals and completing the formalities.

The club confirmed the signing via their twitter handle on Wednesday morning.

"We are glad to announce the latest family member, Eric Ofori Antwi," Hearts of Oak tweeted.

"He signed a 3-year contract after passing his medicals. He joins the pool of great goalkeepers in the squad. He is finally reuniting with his former coaches."

Ofori Antwi joined Legon Cities prior to the start of last season season from Medeama but parted ways with the club and bid farewell to them ahead of the 2022/23 season.

The former Black Satellites goalkeeper started the season on a higher note, clinching a Man of the Match award against Heart of Oak in their opening game but failed to keep his place in the team.

He has previously played for Inter Allies, Asante Kotoko and Medeama SC.