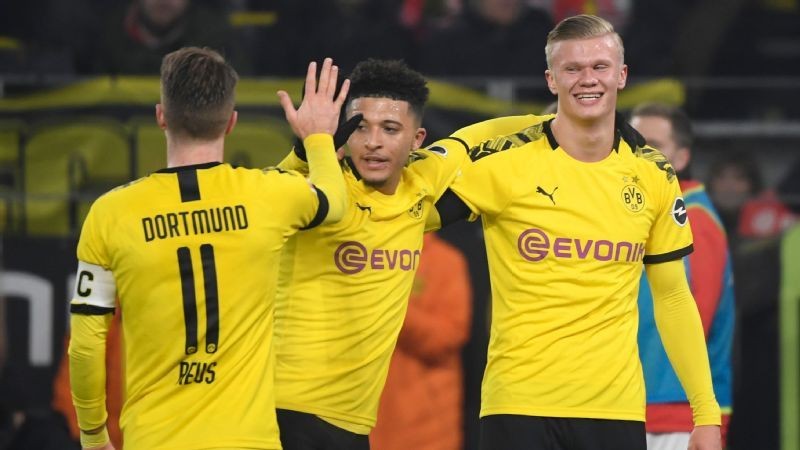 Nineteen-year-old Erling Haaland followed up his debut hat-trick for Borussia Dortmund by scoring two more, again from the substitute's bench, in a 5-1 demolition of Cologne in the Bundesliga on Friday.

Jadon Sancho, another 19-year-old, was also on target with his 11th Bundesliga goal of the season -- his eighth in his last eight outings -- and added another assist as Dortmund outclassed the hapless Billy Goats.

Raphael Guerreiro and Marco Reus set Dortmund on the way with first-half goals as they cut the gap between themselves and leaders RB Leipzig to four points ahead of Leipzig's visit to Eintracht Frankfurt on Saturday.

Guerreiro opened the scoring in the first minute and Reus doubled their lead before the half hour, the referee awarding the goal after a VAR review after initially disallowing it for offside.

Sancho increased the lead three minutes after the re-start and Mark Uth pulled one back with a superb volley from a tight angle, before Haaland scored a poacher's goal, turning in a rebound for in the 77th minute.

The Norwegian then latched onto a through ball, raced past goalkeeper Timo Horn and turned the ball in from a narrow angle for his fifth goal in two appearances.