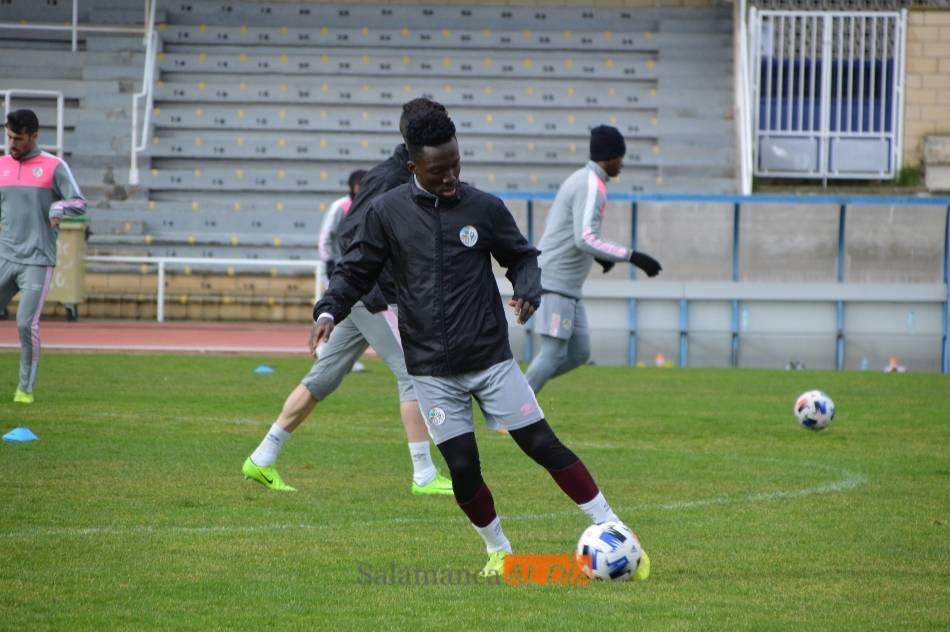 The 25-year-old completed the first part of training with Salamanca UDS, but he has a few weeks more to play against Extremadura in this Friday's friendly.

Ernest Ohemeng suffered a slight sprain in his team's match with the Celta de Vigo and continues to recover, although he will most likely travel with the rest of his teammates.

In this way, the club intends for the left-footed winger to improve and fully enter the dynamics of the rest of his teammates so that he plays next week's match against Zamora in a Helmantico Stadium that should begin to be a fort for the charros facing the second phase of the League.

The winger has played eleven games for Salamanca UDS this season in the ongoing Segunda B.