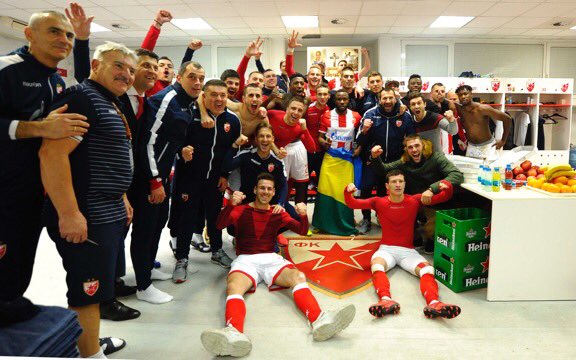 Ghana Striker Richmond Boakye-Yiadom has praised his coach Vladan Milojević for their progression to the next stage of the UEFA Europa League.

Boakye was kept at bay by FC Cologne as his side won 1-0 on Thursday in Group H to make it to the round of 32 in the Europa League.

The Ghana international played the entire duration as Slavoljub Srnić scored in the 22nd minute which was enough to confirm their progression.

Boakye after the game took to twitter to congratulate his teammates and most importantly his manager.

We’ve made it; it’s the @EuropaLeague Round of 32!!! Coach Vladan Milojević should take the first credit. Congrats to everyone at @crvenazvezdafk. #fkcz pic.twitter.com/4G94k0HzWD